Part of the The Magic Thief Series

LoveReading View on The Magic Thief

This is an absolutely captivating debut fantasy adventure. Full of magic and trickery, this is the story of a wizard and his new apprentice trying to discover why the magic in their city is fading and how they must stop it from disappearing completely. It’s a richly imagined story and the first in a trilogy. You’ll be enchanted and excited and for sure you won’t be able to put it down.

Conn should have dropped dead the day he stole a wizard's locus stone, but miraculously he survives. Becoming the wizard's apprentice, Conn becomes embroiled in his master's plan to save the city, whose magic is slowly dying. Meanwhile, the Wizard, Nevery, is secretly beginning to question Conn's past: why did the thief survive in the Twilight?

Of the series The Magic Thief:

'a focus for magic...I was enchanted' Joseph Delaney 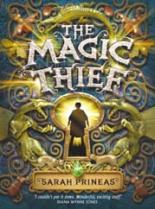 Sarah Prineas has written several critically acclaimed science friction and fantasy short stories.  The Magic Thief is her first novel and is the first in a richly imagined trilogy. Sarah lives with her husband and two children in Iowa City, where she works at the University. 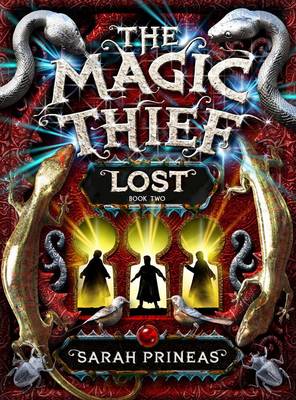 View All Books By Sarah Prineas