In this picture book biography, award-winning author and illustrator Kadir Nelson tells the story of Mandela, a global icon, in poignant free verse and glorious illustrations. It is the story of a young boy's determination to change South Africa, and of the struggles of a man who eventually became the president of his country by believing in equality for all people, no matter the color of their skin. Readers will be inspired by Mandela's triumph and his lifelong quest to create a more just world. An author's note at the back retells the story of Mandela's fight against apartheid in simple prose, and takes the story further, including Mandela's Nobel Peace Prize. A short bibliography lists additional sources for readers who want to find out more. This Coretta Scott King Honor Book supports the Common Core State Standards.

A beautifully designed book that will resonate with children and the adults who wisely share it with them. -- Kirkus Reviews (starred review) An extremely powerful picture-book biography of South Africa's first black president. It's a solid biography in its own right, but thanks to Nelson's characteristically stunning paintings, it soars. -- Publishers Weekly (starred review) A dramatic encounter indeed. -- Bulletin of the Center for Children's Books This picture-book biography matches Mandela's outsize achievements with large, powerful images, resulting in a presentation that will seize and hold readers' attention. -- School Library Journal 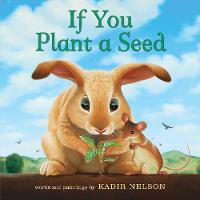 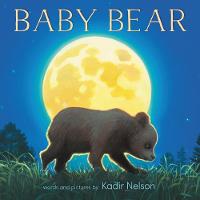 View All Books By Kadir Nelson