This then is more intelligent than many books for this audience - I would put it at anywhere from ten and up, so valuable an entertainment could it be for the adult reader. It's richer, deeper and a whole lot more surprising - the ultimate truths both startling in their severity yet fully understandable and in keeping. It is so much more than what it appears to be - yes, it is about the girl and the assumption that spies are next door, but there's so much more to it than that. There is a lot more to it than many books you will read this year. -- John Lloyd * The Book Bag * Dubosarsky's writing is simple and understated, but no less beautiful for that. A mesmerising read. * Inis Reading Guide *

Ursula Dubosarsky wanted to be a writer from the age of six. She has worked as a Latin teacher, public servant, researcher for The Reader's Digest, court typist and creative writing teacher, and has a PhD in English Literature from Macquarie University. She likes walking and looking in toyshop windows, and going in quiz shows. Ursula has published more than 30 books, winning the acclaim of both readers and critics. She and her husband, Avi, have three children and live in Sydney. 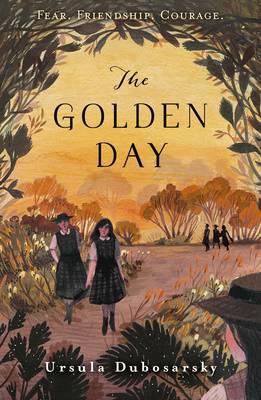