The third book in Elizabeth Eulberg's hilarious, modern take on the Sherlock Holmes mysteries sees detective Shelby and her loyal sidekick John Watson go undercover in their most exciting adventure yet. SHELBY IS ON SERIOUSLY THIN ICE Someone is threatening New York's number one figure skating champion and there's only one way to find out who: Shelby Holmes and John Watson are going undercover. Can the dynamic duo crack a devious code before the culprit realises that they aren't the pro skaters that they claim to be?

A fun spin on the classic tales of Sherlock Holmes, though far from Victorian London where the original stories were set ... Genius * The Week Junior * A brilliant reimagining of a classic * Little London * Supported by great illustrations throughout, the narrative gives a humorous nod to the original Holmes * The Book Activist * Mystery fans may try to solve the case, but most, like John, will enjoy just hanging out with Shelby to see what happens next * Booklist *

Elizabeth Eulberg was born and raised in Wisconsin before heading off to make a career in the New York City book biz. Now a full-time writer, she is the author of The Lonely Hearts Club, Prom & Prejudice, Take a Bow, Revenge of the Girl with the Great Personality, Better Off Friends and We Can Work it Out. elizabetheulberg.com / @ElizEulberg Matt Robertson grew up in Suffolk and spent his childhood drawing and painting. He discovered a love of illustration at Art College in Ipswich and subsequently completed a degree in Children's Book Illustration at Cambridge School of Art. His work ... 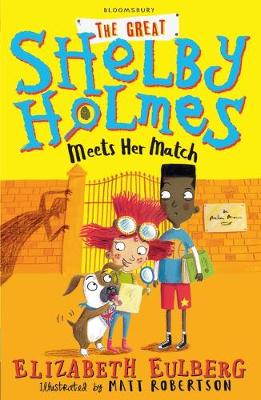 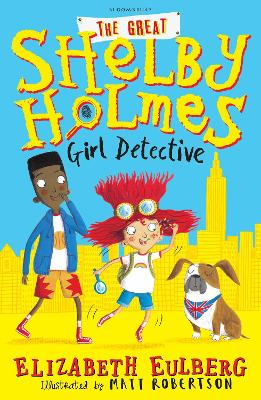