The Red Badge of Courage

The Red Badge of Courage Synopsis

On a cold morning, at daybreak, the 304th New York Regiment is waiting to engage with the Confederate army. Among the soldiers is young Henry Fleming, who has enlisted against his mother's wishes and is now shaken by a sense of fear and regret at the prospect of battle. But when the confrontation begins and, fearing for his life, he escapes from the field, other feelings - above all guilt and shame for deserting and for having retreated without a wound - pierce his heart and eventually force him back into the fray. Although its author never experienced the horrors of the Civil War at first hand, The Red Badge of Courage has often been praised for its realism and the authenticity of its settings and battle scenes, as well as for the nuanced psychology of its protagonist's internal struggles. Hailed as one of the greatest American novels ever written, it is as fresh today as it was when it was first published over a century ago.

The Red Badge of Courage is not a conventional historical novel. Its texture is cinematic; at the same time, breaking the rules, it eschews all reference to time and place. - The Guardian

Stephen Crane (1871-1900) was an American poet, novelist and short-story writer who enjoyed success with his naturalistic novel The Red Badge of Courage before his untimely death from tuberculosis at the age of twenty-eight. 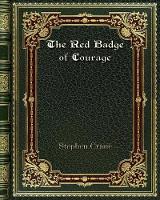 View All Books By Stephen Crane