Mrs Pepperpot and the Treasure

Mrs Pepperpot and the Treasure Synopsis

Mrs Pepperpot has a problem - a huge problem - she shrinks! And when she shrinks she finds herself in all sorts of trouble. Poor Mrs Pepperpot has shrunk again! Puss wants to show her some treasure in the neighbour's barn and they set off with Mrs Pepperpot holding on tight to Puss's back. But it's not easy being tiny. Together they have to dodge angry magpies, snowballs and next door's dog. But when they reach the treasure it's all worth it!

Magical and compelling story with colourful and homely illustrations * Bournemouth Daily Echo * It's a charming book and one that kids are likely reach for again and again. * Western Daily Press *

Alf Proysen (Author) Alf Proysen was born in Norway in 1914. The Mrs Pepperpot books first appeared in the 1950s and were an immediate success. They have been loved by children ever since and have been translated into many different languages. Hilda Offen (Illustrator) Hilda Offen is a well-known picture book illustrator, who won the Smarties Prize in 1992 for Nice Work, Little Wolf. Since then she has illustrated many picture books, including Fred and Ted's Treasure Hunt. She lives in Brighton. 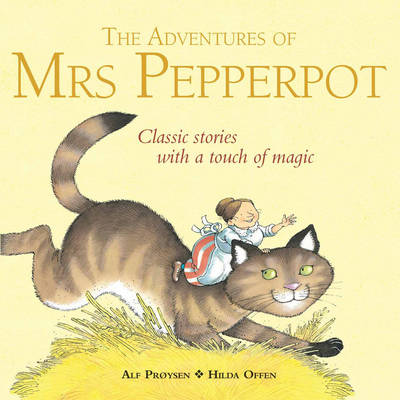 View All Books By Alf Proysen