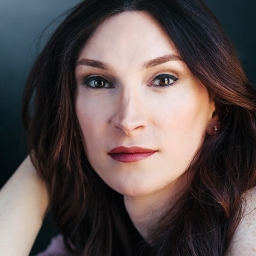 Juno Dawson is the multi award-winning author of dark teen thrillers. Her first non-fiction book, Being A Boy, tackled puberty, sex and relationships in a frank and funny fashion, and a follow-up for young LGBTQ+ people, This Book Is Gay, came out in 2014. Juno worked as a teacher, specialising in PSHE. In 2014 she became a School Role Model for the charity Stonewall.

Karen Lawler is an American living in London with her awesome wife and extremely cute dog Buffy. She loves reading, especially sci-fi, fantasy, YA, and historical non-fiction, and she funds her book habit by working in children’s publishing. She loves a good teen movie (10 Things I Hate About You is the best and she will fight you on that). This is the first time her writing has appeared in print.

Michael Lee Richardson is a writer and youth worker from Glasgow. As a screenwriter he has written comedy for CBBC and BBC Alba. His original work has been shortlisted for BBC Scotland’s Frank Deasy Award and the BAFTA Rocliffe Comedy Award, and his young adult comedy ‘Real Life Experience’ was ‘highly commended’ for BBC Writersroom’s Trans Comedy Award. In 2015 he won the Scottish Book Trust New Writers Award in the Children and Young Adult category. As a youth worker, he set up and ran Trans Youth Glasgow, part of LGBT Youth Scotland. He currently works for LEAP Sports Scotland on Trans Team, a project aimed at encouraging transgender young people to engage with sport and outdoor activities. www.hrfmichael.co.uk

Cynthia So is bisexual and proud to be queer. She is Chinese, born in Hong Kong and now living in London. She studied Classics at university. Her writing has appeared in speculative fiction magazines including Anathema: Spec from the Margins, which publishes work by queer people of colour.

Kay Staples is a writer from the Midlands. After studying creative writing at the University of Birmingham, Kay now works in marketing as a content writer in London, and listens to an awful lot of alternative music.

Dean Atta is a writer and performance poet. He has written poems for the Damilola Taylor Trust, Keats House Museum, National Portrait Gallery, Tate Britain and Tate Modern. Dean won the 2012 London Poetry Award and was one of the most influential LGBT people in the Independent on Sunday Pink List 2012. He is an ambassador for the Spirit of London Awards for Achievement through the Arts.

Fox Benwell holds degrees in international education and writing for young people, and believes in the power of both to change the world. When he’s not writing or teaching, he sings barbershop. He is the author of the critically acclaimed The Last Leaves Falling and Kaleidoscope Song.

Caroline Bird has five collections of poetry published by Carcanet. A two-time winner of the Foyles Young Poets Award, her first collection Looking Through Letterboxes was published in 2002 when she was fifteen. She won an Eric Gregory Award in 2002 and has been shortlisted for the T.S. Eliot Prize, the Geoffrey Dearmer Prize and twice for the Dylan Thomas Prize. She was an official poet at the 2012 Olympics.

Tanya Byrne worked for BBC Radio and left to write her debut novel, Heart- Shaped Bruise, published in 2012. Follow Me Down was published in 2013, and her third novel, For Holly, was published in June 2015. Tanya’s short story ‘Hackney Moon’ was included in Stripes’ A Change Is Gonna Come anthology in 2017.

Simon James Green is an author and screenwriter. His debut YA novel, Noah Can’t Even, was published by Scholastic in May 2017, followed by the sequel, Noah Could Never, in June 2018. The books have also been optioned for TV by Urban Myth Films. Simon’s screen credits include co-writing feature-length rom-com Rules of Love (BBC), and a short stint directing Hollyoaks (C4).

David Levithan is the New York Times best-selling author of many novels including Every Day, Another Day, Two Boys Kissing, The Lover’s Dictionary, Nick & Norah’s Infinite Playlist (with Rachel Cohn), and Will Grayson, Will Grayson (with John Green). He won the Lambda Literary Award for his debut novel Boy Meets Boy. He works as a publisher and editor by day.

Jess Vallance is the author of YA books Birdy and The Yellow Room. You Only Live Once, the first book in a new teen comedy series, was published in 2018. She lives near Brighton with her partner and a massive dog.

March 2019 Book of the Month | Compiled by YA author and broadcaster Juno Dawson, this inspiring anthology of illustrated short stories by LGBTQ+ writers shines a light on a kaleidoscopic array of experiences through an equally kaleidoscopic breadth of genres, themes and styles.  From Chinese lesbian fairytale The Phoenix’s Fault by Cynthia So, to Simon James Green’s hilarious, heart-warming Penguins (who would’ve thought a pair of penguins could steal a person’s coming out thunder?!), this is a powerfully diverse collection. Alongside more established names, among them authors David Levithan and Jess Vallance, and illustrator David Roberts, special mention must go to the four new voices whose stories grace these pages – be sure to seek out what Karen Lawler, Michael Lee Richardson, Cynthia So and Kay Staples do next. These are stories of struggle and trouble, passion and promise, with much wit, warmth, wisdom and support shared along the way. And so it seems fitting to leave the last loud, proud, celebratory words to Dan from David Levithan’s queer youth choir story: “You hold your ground. You sing out loud and proud in defiance of all the people who want you to be quiet”.

Other books by Juno Dawson & various