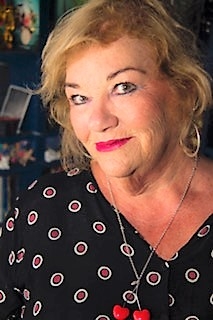 Kaye Umansky was born in Plymouth in Devon, England. She went to Teacher's Training College, after which she taught in London primary schools for twelve years, specializing in music and drama. In her spare time, she sang and played keyboards with a semiprofessional soul band. She now writes full time and has written more than twenty-five books of fantasy, fiction, and poetry for children. She draws on traditional folktales and modern urban myths for her inspiration and has a sense of humor that is popular with children of all ages, from five to one hundred and five. She lives in London with her family. Among her most popular books are her hilarious Pongwiffy titles. Pongwiffy, Pongwiffy and the Goblins' Revenge, and Pongwiffy and the Spell of the Year, which won the Nottinghamshire Book Award, are available from Minstrel Books. Follow her on Twitter. 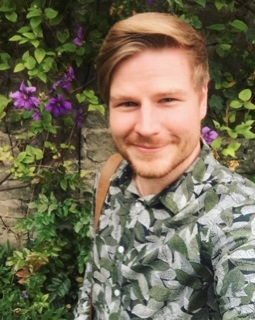 Ashley King is a passionate Illustrator who hand draws, paints, creates, doodles, scribbles and loves coffee and cake. He graduated from Coventry University with a 1st Class Honours Degree in Illustration and Animation, and is represented by Plum Pudding Illustration Agency. His first illustrated children's book Erica's Elephant, Sylvia Bishop, published by Scholastic in 2016 with rave reviews, and his second book for young readers The Bookshop Girl, published in April 2017. He is also working on several other projects including working with Kaye Umansky on her new spell binding series Witch for a Week, publishing in October 2017 with Simon & Schuster. Follow him on Twitter and Instagram.

Magic! There’s a new adventure for Elsie Pickles and her friend and sometime employer witch Magenta Sharp. Bored, Magenta has decided to open a magic shop in Elsie’s village, Smallbridge.  Attention to detail has never been one of Magenta’s strengths, and she relies on new gadget the Spellatron 3000 to set it up, ignoring the first rules of witchcraft - read the instructions, follow the recipe, know how to stop it if things go wrong. Things do go wrong of course, but not before the shop has provoked protest from some village residents who want to keep Smallbridge ‘witch-free’, to quote one of their unfriendly placards. Thanks to Elsie – and some magic tickle dust - all is resolved happily in the end. Kaye Umansky is one of our best writers for children and here she subtly and seemingly effortlessly mixes social comment into a very funny comic adventure.