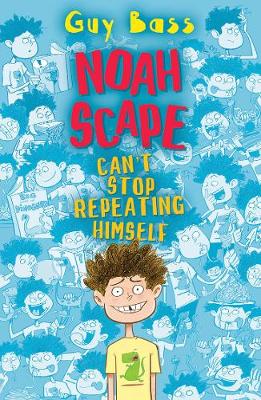 Noah Scape loves dinosaurs and spaghetti with tomato sauce. But Noah doesn't always get what he wants and when school doesn't revolve around dinosaur facts and lunch isn't always his tried and tested favourite, well... enough is enough! It's time for him to stop wishing and to decide on exactly what he needs; a world full of Noahs!  But, getting what you want isn't always what you need in this laugh-out- loud comedy from one of the fastest-rising stars of the children's book world Guy Bass.

2. What was the inspiration for writing the book? The name was the starting point. I wanted to write a "be careful what you wish for" story, with Noah deliberately deciding to start doubling but it soon spirals out of control to become a situation he can't escape. There is something appealing about the idea of there being one more of you, or four of you, or eight, or a hundred ... but when everyone's the same, it's a sadder world. At the beginning of the story, Noah's so set in his ways that he rejects other people's ideas and opinions but the more he duplicates, the more he realises that difference makes life interesting. Difference and dinosaurs.

3. You could say that Noah is a bit of a difficult student... What were you like at school? Were you as demanding as Noah? I wish I had been - demanding, not difficult. I was really quiet at school. So quiet that I'm pretty sure I could have turned invisible and I pretty sure no one would have noticed. Which is just one of the two hundred super powers I wished I'd had as a child. I spent every school assembly daydreaming about floating into the air and out of the window. My memory's hazy but i'm almost convinced it never actually happened.

4. We love Steve's artwork and he's said he just might have broken the record for drawing the same character again and again and again! What version of Noah is your favourite? It's an impressive record! My favourite's one of the (many) Noahs on page 51. He's far off in the background, holding a balloon and looking strangely sinister. Thanks to horror films it's now impossible to hold a balloon and not look evil.

5. Noah loves nothing more than talking about dinosaurs and eating spaghetti with tomato sauce. What two things do you wish everyone loved as much as you do? Comic books and cheese fondue. 6. Finally, we'd love to see the spot where all your characters come to life. Can you show us a picture of where you write? I should point out that my main problem with writing books is the isolation. As you can see, I found a solution - you're never alone with a thousand lifeless painted eyes staring down at you. Oddly, the toys on my shelves seem to have doubled recently. Maybe that's where the real inspiration for Noah Scape came from. 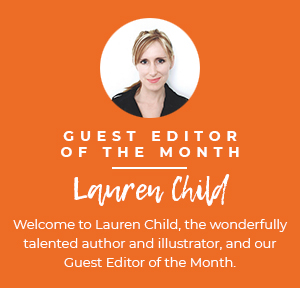