The final book in the ground-breaking Hunger Games trilogy.

A Piece of Passion from Hilary Murray Hill, Managing Director, Scholastic Children’s Books:  “The Hunger Games is a remarkable series which has captured the imagination of teenagers and adults alike since the first book, The Hunger Games, was published in January 2009. Katniss Everdeen, the girl who catches fire, is a heroine like no other, and we all felt we were there beside her as she battled her way through the dreadful Games, not once but twice. We will all be ready with bated breath to stand alongside Katniss once more as the rebellion comes to a climax. Will Katniss escape the growing threat of President Snow, and will it be Peeta or Gale at her side throughout this heart-stopping finale?”

The final book in the ground-breaking HUNGER GAMES trilogy. Against all odds, Katniss Everdeen has survived the Hunger Games twice. But now that she's made it out of the bloody arena alive, she's still not safe. The Capitol is angry. The Capitol wants revenge. Who do they think should pay for the unrest? Katniss. And what's worse, President Snow has made it clear that no one else is safe either. Not Katniss's family, not her friends, not the people of District 12.

Below is a review of The Hunger Games written by one of our Lovereading Review Panel, Amrit Bunet, age 14. 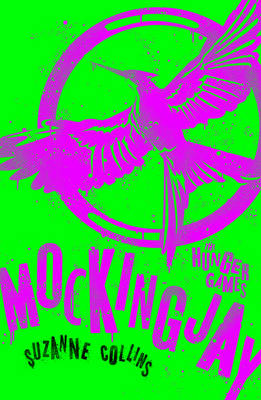