One of Us Review

‘I think how readily people believe lies, and how easily the truth can look like a lie.’ A thick fog of paranoia and fear pervades this novel. It’s set in a fictitious society divided into them – the Brotherhood, a religious sect with strict rules over things like men and women’s clothing, apparently professing love and tolerance but behind terrorist attacks - and us, ‘citizens’, grey, worried, cowed by the ‘terror threat’. The parallels with today are clear to see. K Child is a citizen. Just fifteen she’s an orphan, lonely, isolated and an easy target for the handsome young man who saves her from a bomb attack, and then recruits her to spy for the secret services. Soon she’s living with the Brotherhood, where she finds that not everything she’s been told is true. The plot twists and turns as K struggles to work out who she can trust, and who she really is. There are echoes of Orwell and Kafka in this tense thriller, which thoroughly respects its readers’ intelligence. ~ Andrea Reece

A Piece of Passion from Publisher, Barry Cunningham  Groups, religions, teams . . . sometimes we all seem intent on attacking each other, misunderstanding what we believe in and blaming someone else for it! Jeannie Waudby drops us straight into a nail-biting thriller, a story that pulls and pushes us in different directions as the betrayals and suspicions build up. But in the end, love reaches out and finds the truth – it always will. Thank goodness. Thank Jeannie. It’s a cracker of a book.

Find out a bit more about the author and her novel, One of Us, here.

One of Us Synopsis

When a bomb goes off, K agrees to spy on the extremists held responsible. But at their school, what she discovers isn't black or white. And when she falls in love, K faces the biggest decision of her life. What's right - and who's wrong? And what if it's not who everyone thinks? Someone's always to blame. 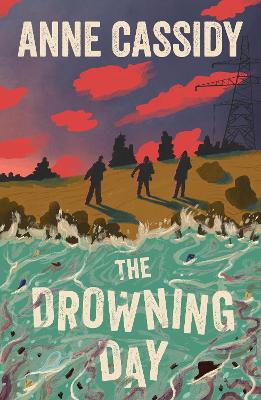 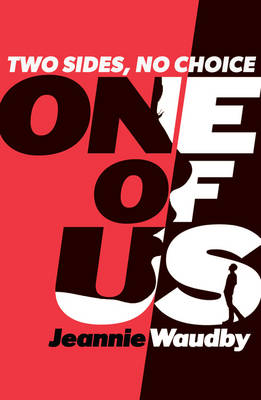 Jeannie grew up in Hong Kong. She now lives with her husband and three children in London, where she teaches English in a local college. One of Us is her debut novel. A piece by the author about her novel, One of Us. I grew up in Hong Kong while the Cultural Revolution was happening a few miles away in China. Refugees from the turmoil over the border fled in large numbers to Hong Kong, often arriving with almost nothing, having paid all their money to ‘snakeheads’ or people-smugglers. I remember seeing whole hillsides covered in makeshift huts ...