This fast-paced fantasy extravaganza, sequel to Gabriel's Clock, sees the half-angel, half-demon hero - the only one of his kind in the entire universe – go through Heaven and Hell to reunite his family.  Having sent the malicious archdemon Belial screaming back to Hell, Jonathan is desperate to find his parents. His angel father was last seen at the steps of Heaven, but he’s now lost and wounded, while his demon mother is somewhere in Hell. The arrival of Jonathan’s great-aunt Sammael Morningstar, an archangel returning from exile, whose eyes "spoke of great age and terrible sadness,” offers him hope, but a new enemy is rising. The archdemon Baal is set on spreading chaos through the universe, and only Jonathan and Sammael have the archangel wings Baal needs to succeed.  Highly visual and brimming with tension, this is a high-concept, high-stake epic, and the humorous touches of English eccentricities are an additional delight.  Even as chaos rages all around, sometimes the only answer is to sit down with a nice cup of tea. ~ Joanne Owen

Jonathan is the only half angel and half demon in the world. Having discovered his heritage, he must now continue the battle against the demonic forces that are hellbent on ruling creation. The Archdemon Baal is one such monster, and he holds Jonathan's parents captive. But to succeed, Baal needs the wings of an Archangel. Jonathan and his great-aunt Sammael are the only two such angels left, but they aren't going to give up their wings without a fight. Jonathan will not rest until his family is safe once again, even if he must go through heaven and hell to save them.

In addition to our expert Lovereading opinion, we asked some of our Lovereading4kids Reader Review Panel to to read and review the first in this series, Gabriel's Clock. You can read their full reviews here. 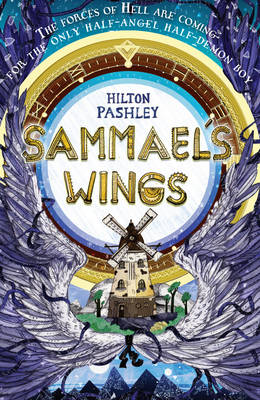 Hilton Pashley lives in Norwich where he works as a civil servant and magistrate. Gabriel’s Clock is his debut novel. He began writing Gabriel’s Clock several years ago, after the death of a close friend reminded him that life is too short not to try something new. When he’s not writing, Hilton flies large kites and drinks copious amounts of tea. 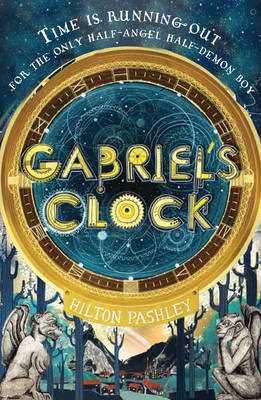 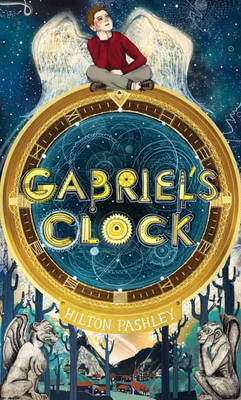 View All Books By Hilton Pashley