Part of the THE UNCOMMONERS Series

LoveReading View on The Crooked Sixpence

June 2016 Debut of the Month Welcome to a world where nothing is quite as it seems. If you enjoy adventure, mystery and an avalanche of magic, then you've come to the right place! This is an uncommonly good and magical tale of Ivy's adventures in Lundinor, a spellbinding city underneath London where ordinary objects have amazing powers. It is the first in a planned fantasy trilogy called The Uncommoners for anyone with a Hogwarts-shaped hole in their life.  Are you ready for an uncommon adventure?

When Ivy Sparrow's grandmother Sylvie is rushed to hospital, Ivy and her annoying big brother Seb cannot imagine what lies in store for them. Returning to Sylvie's house, they find it has been ransacked by unknown intruders - then a mysterious feather scratches an ominous message onto the kitchen wall, and a very strange policeman is determined to apprehend them...with a toilet brush. Ivy and Seb make their escape - only to find themselves in a completely uncommon world. The forces of evil are closing in fast, and if Ivy and Seb are ever to see their parents again, they must get to the bottom of a family secret as shameful as it is incredible...before it's too late.

The Crooked Sixpence moves at the speed of magic ... peeling away the mundane surface of the world to reveal something richer and deeper. Bell's world is part Tim Burton, part J.K. Rowling ... This is a terrific debut -- Soman Chainani, author of The School for Good and Evil

Weird, whacky and utterly wonderful. Go to Lundinor. You won't ever want to come back -- Joshua Khan, author of Shadow Magic 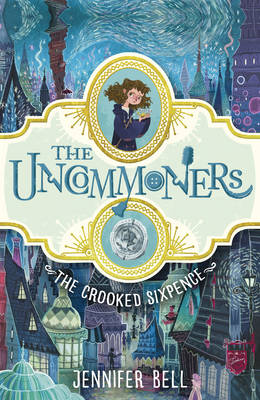 Londoner Jennifer Bell began working in children's books as a specialist bookseller at Foyles, Charing Cross Road - one of the world's most famous bookstores. Here, she looked after the shop's five not-so-deadly piranha fish as well as recommending children's books to celebrities, royalty and even astronauts. After having the privilege of listening to children talk about their favourite books for many years, she started writing one of her own. Jennifer came up for the idea of The Crooked Sixpence while packing for a holiday and wishing she could just disappear inside her suitcase and be there already. The world ... 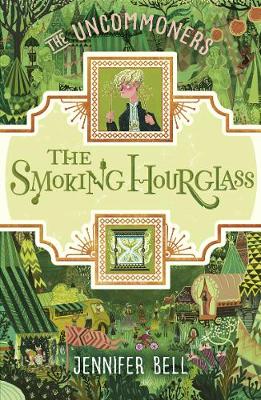 View All Books By Jennifer Bell