Part of the Penguin Essentials Series

Anthony McGowan, Guest Editor June 2015 chose Animal Farm as one of his favourite short novels...."Orwell’s story of a farmyard revolution is one of the very few parables that works on both levels: his animal characters are so wonderfully drawn we come to love (or hate) them, share in their dreams, aspirations, and feel for their ultimate betrayal. Add to that the wider truths it tells us about power and injustice, and we have one of the greatest books of the twentieth century. All in 144 pages …"

Animal Farm - the history of a revolution, under the leadership of the pigs Napoleon and Wellington leads to the animals taking over the farm but it all went wrong - is George Orwell's brilliant satire on the corrupting influence of power.

Having got rid of their human master, the animals of Manor Farm look forward to a life of freedom and plenty. But as a clever, ruthless elite among them takes control, the other animals find themselves hopelessly ensnared in the old ways.  Orwell's chilling story of the betrayal of idealism through tyranny and corruption, is as fresh and relevant today as when it was first published in 1945.

'It is the book for everyone and Everyman, its brightness undimmed after fifty years.' Ruth Rendell

'Animal Farm has seen off all the opposition. It's as valid today as it was fifty years ago.' Ralph Steadman

'Remains our great satire of the darker face of modern history.' Malcolm Bradbury 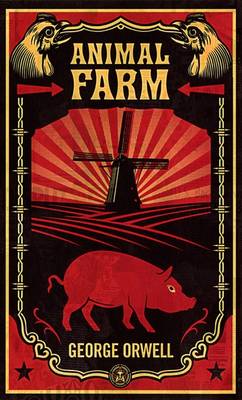 Eric Arthur Blair (June 25, 1903 - January 21, 1950), much better known by the pen name George Orwell was a British author, journalist and socialist. George Orwell was born in Bengal, India, in 1903. Educated in England at Eton, he moved to Burma in 1922 where he joined the Indian Imperial Police for five years. After a period doing a variety of jobs in France he returned to England where he opened a village shop. As a Marxist, Orwell was in danger of being murdered by communists in the Republican Army. With the help of the British Consul in Barcelona, Orwell was able to escape ... 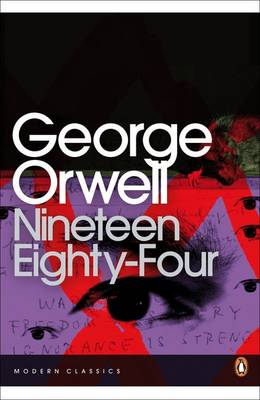 View All Books By George Orwell