LoveReading View on A Different Dog

A Different Dog is the story of the special relationship that develops between a boy and a dog and how it saves them both.  It’s beautifully told in short, spare sentences that will make it accessible to all readers, and full of unexpected twists.  The boy at the centre of the story – we never learn his name – is poor, lonely and bullied by other children because of his selective mutism. The dog he rescues from a car crash that has killed its owner is subject to its own set of painful compulsions, finding out why is one of the surprises and rewards of the story. This will absorb readers, from the opening page to its warm, uplifting final line.  Readers will also enjoy Pippa Goodhart’s A Dog Called Flow, which tells another satisfying story of the special, healing bond between a boy and a dog.  ~ Andrea Reece

A Piece of Passion from the Publisher Ruth Huddleston:

“From the moment he wakes up on the floor, his dilapidated bed having been chopped for firewood, my heart went out to our plucky narrator and I wanted to know his story. His life is quite literally an uphill struggle, but his instinct to help others leads him to a healing bond with an extraordinary little dog and ultimately to find his voice again. You will empathise with the boy when he’s bullied for having to wear his mother’s old pink coat, with a bin bag pulled over against the rain, but he doesn’t feel sorry for himself. He doggedly persists until he achieves his goals – working hard to understand what the little dog is trying to communicate to him. The final twist of the story highlights the lightness of touch and humour throughout.”

A note from the author:  I have had a number of different occupations over the last fifty years: a special school teacher, a speech pathologist, a lecturer in reading education and an author. A Different Dog draws on many experiences in these fields. And of course, it also draws on my own childhood.

If you ask me, ‘Where did the story come from?’ that’s another thing altogether. I will have to say that I don’t know. It was a matter of putting my hand into the lucky dip of my own mind. There are many presents in that barrel and they are all wrapped so you don’t know what you are going to get.

One of the influences on a writer would have to be the books that he or she has read themselves. An author cannot copy another’s work and each writer must find their own voice. But somewhere in the back of our minds are tucked the stories we have enjoyed in the past.

Of the books that I loved when I was aged between thirteen and fifteen I can think of three which I turn back to and read again and again. They are still readily available more than fifty years later. Teenagers and adults love these stories. I still have my old copies and like to look at their torn and worn covers which beckon me from years gone by. Here they are:

Huckleberry Finn by Mark Twain. A boy and a runaway slave on the Mississippi River. How I wished I was on that raft. And little did I know that I would still be amazed by their wonderful adventures all these years later.

The Snow Goose by Paul Gallico. A girl, a bird and disabled man feature in this moving story. When you finish it you just know that there is an untold truth hinted at within the main story and it makes you think for weeks after you have read it.

The Old Man And The Sea by Ernest Hemingway. This is a lovely story about a boy, an old man and a fish. Exciting, sometimes sad but always making you ask yourself, ‘Could I ever do that?’

I don’t know if these authors influenced me when I wrote, A Different Dog but if you read any of them you might like to give it some thought.

I can tell you how I think A Different Dog came into being. When I was eight years old, I had to bury a dead dog. This unpleasant memory was the starting point for my new book. I began writing about how I felt while I was digging the grave for the poor animal. But as the story developed I dropped this bit out altogether and came up with a dog named Chase that was alive but very strange indeed.

As the wrapping paper came off, something else revealed itself and the story changed completely. It was not about death any more but had ended up being about …

Well, what do you think?

The child narrator of A Different Dog can't speak - we assume it is from a disability or a reaction to a trauma in his past. He is teased by the other kids and is a loner. On a cold winter's day, when everyone is participating in a fun run on the mountain, our narrator finds himself alone at the scene of a car accident where the driver has died. But there is a little dog in the car... What follows is a moving story of survival and redemption (and somehow humour in the midst of all that), all told in a 96-page novella.

You can see an interesting interview with Paul Jenning on Australian Channel SBS On Demand here. Courtesy & © SBS TV.

Praise for A Different Dog;

‘This is a story of need, and … the importance of finding your own voice and redemption in a world of chaos and cruelty ... Paul Jennings has created an interesting and absorbing short novel that will make you long for the end so you can discover the who, why and how of it all. Once again, his work won’t disappoint.’   Kids Book Review

‘For adults this is a beautiful, emotional, well-written short story. For children this is a look at how the odd child out deals with life, and the beautiful relationship that can develop between a child and their pet and how this can be life changing – for both!’ The Bookbubble

`Paul Jennings is a master of his craft. Effortlessly, he draws the reader into this story of a boy, and a dog, and a journey both physical and emotional. The illustrations by Geoff Kelly complement the mood of this story perfectly. This book is perfect in every way.' - Goodreads.com

‘Short, spare in its telling and yet with incredible breadth of subjects - memory, loss, friendship, trauma and resilience - it's a book which, like a concertina, expands out to occupy every corner of the mind, leaving readers thinking, feeling and left feeling that little bit more alive after reading.  It's a triumph!’   – Jake Hope, Youth Libraries Group & Reading Consultant 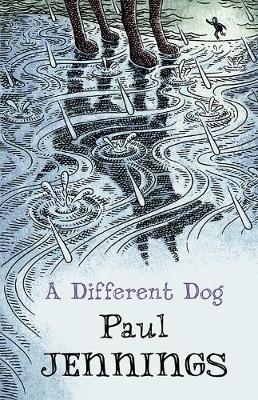 Paul Jennings is one of Australia’s most loved and best selling authors, with over 100 books to his credit. He is probably best known in the UK for his story collections including Unbelievable! and Unreal!. The top-rating TV series Round the Twist was based on a selection of his enormously popular short-story collections such as Unseen! Over the past 50 years Paul has worked as a special school teacher, a speech pathologist, a lecturer in reading education and an author. A Different Dog draws on all of these experiences. 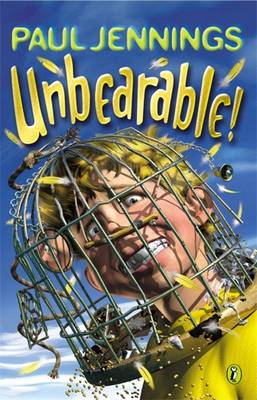 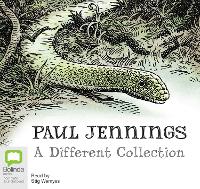 View All Books By Paul Jennings