Glimmer of Hope How Tragedy Sparked a Movement

LoveReading View on Glimmer of Hope How Tragedy Sparked a Movement

Thought provoking collection of essays from the teens who sparked the anti-gun movement in the US.

Glimmer of Hope How Tragedy Sparked a Movement Synopsis

100% of the author's proceeds will benefit the March for Our Loves Foundation and the ongoing fight for gun violence prevention in the United States.

On the 24th of March, 2018, nearly two million people marched through the USA, and across the world, to support the fight for sensible gun control legislation in America. The march was organised by the students of Marjory Stoneman Douglas High School, after one of the most deadly shootings in US history on their campus. In their own words, this is their story. In this timely book of essays, they recap what happened in the hours after the shooting, the sleepless nights where they worked tirelessly to get their message out to the media, and the work it took from the traumatised teens to put gun control to the front of American politics.

Glimmer of Hope joins the ranks of books such as The Hate U Give, Dear Martin and Hate List in exploring the devastating and lasting impact of gun violence. 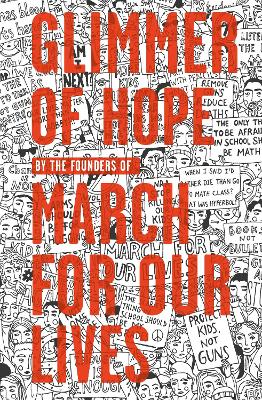 Peter Bunzl is the author of Cogheart, which has won a number of regional awards, was selected a Waterstone's Children's Book of the Month, nominated for the Waterstone's Children's Book Prize, the Branford Boase Award and the Carnegie medal. The third book in the Cogheart series, Skycircus, is out now. Pamela Butchart's bestselling books include The Spy Who Loved School Dinners, which won the Blue Peter Best Book Award 2015, and The Children's Book Award 2016. She also writes the Baby Aliens and Izzy series', as well as brand new Secret Seven stories. Maz Evans' debut children's novel, Who Let the Gods ...