If you love Tom Gates, the Wimpy Kid, or Nikki Maxwell of Dork Diaries fame, then you need to get to know Max Crumbly. Like these hapless anti-heroes, Max has a habit of getting into trouble – this episode opens with Max and his crush Erin Madison trapped in a dumpster full of smelly rubbish – mainly in an effort to escape school bullies or teachers.  He recounts his adventures in a breathless, as-it-happens mix of text and image, which is vivid, action-packed and guaranteed to keep the pages turning and readers laughing. It all works too because author Rachel Renée Russell understands her protagonist and her readers so well, ensuring that Max is always a credible and sympathetic character.

When we last left our courageous hero, Max Crumbly, and his trusty sidekick Erin, they had just finished foiling the plans of some bumbling thieves. But Max and Erin were trapped in a smelly, dangerous dumpster of doom and about to be discovered by the last people they wanted to find them.

Now in this latest installment of Max's journals, Max and Erin face foes both new and old as their misadventures continue. Can the two friends avoid detection-and detention!-while keeping South Ridge Middle School safe from bullies and criminals?

Praise for The Misadventures of Max Crumbly: Locker Hero;

‘If you like Tom Gates, Diary of a Wimpy Kid and, of course, Dork Diaries you’ll love this very funny new book series’ – The Sun

‘Written in journal format and peppered with humorous illustrations, Max’s (mis)adventures are sure to be a hit’ – Booktrust

‘It is very similar to Diary of a Wimpy Kid but I like Max better’ – Mads, aged 8, Toppsta reviewer

Rachel Renée Russell is an attorney who prefers writing children's books to legal briefs (mainly because books are a lot more fun and pyjamas and bunny slippers aren't allowed in court). She has raised two daughters and lived to tell about it. Dork Diaries was her debut novel and there are now over ten books in the internationally bestselling series which has appeared on the NYT bestseller top ten non-stop for over a year, and which has over 19 million copies in print worldwide. Her new book The Misadventures of Max Crumbly was published in June 2016. Rachel lives in northern Virginia with a spoiled pet Yorkie who terrorises her daily by climbing on top of her computer and pelting her with stuffed animals while she writes. And, yes, Rachel considers herself a total Dork.

One of the World Book Day 2015 Authors  Rachel Renee Russell is a lawyer who prefers writing children's books to legal briefs. She lives in Aldie, Virginia.

Can you share a little about your background? I grew up in Saint Joseph, Michigan, a small city located on the shore of Lake Michigan. I have 2 younger sisters and 2 younger twin brothers. I wrote and illustrated my first book in 6th grade as a birthday present for my brothers. I’m an attorney, but I enjoy writing children’s books more than practicing law. I currently reside in northern Virginia.

Do you have any children?
I have two daughters. My younger daughter, Nikki, helps with illustrations. I am also looking forward to adopting 3 children in the near future.

Were you considered a Dork in middle school?
Yes! And, I’m STILL a DORK!

Do you have any pets?
I have a dog, a yorkie.

Check out the Max Crumbly Facebook page www.facebook.com/MaxCrumbly and website www.maxcrumbly.com to find out more about Max’s (mis)adventures! 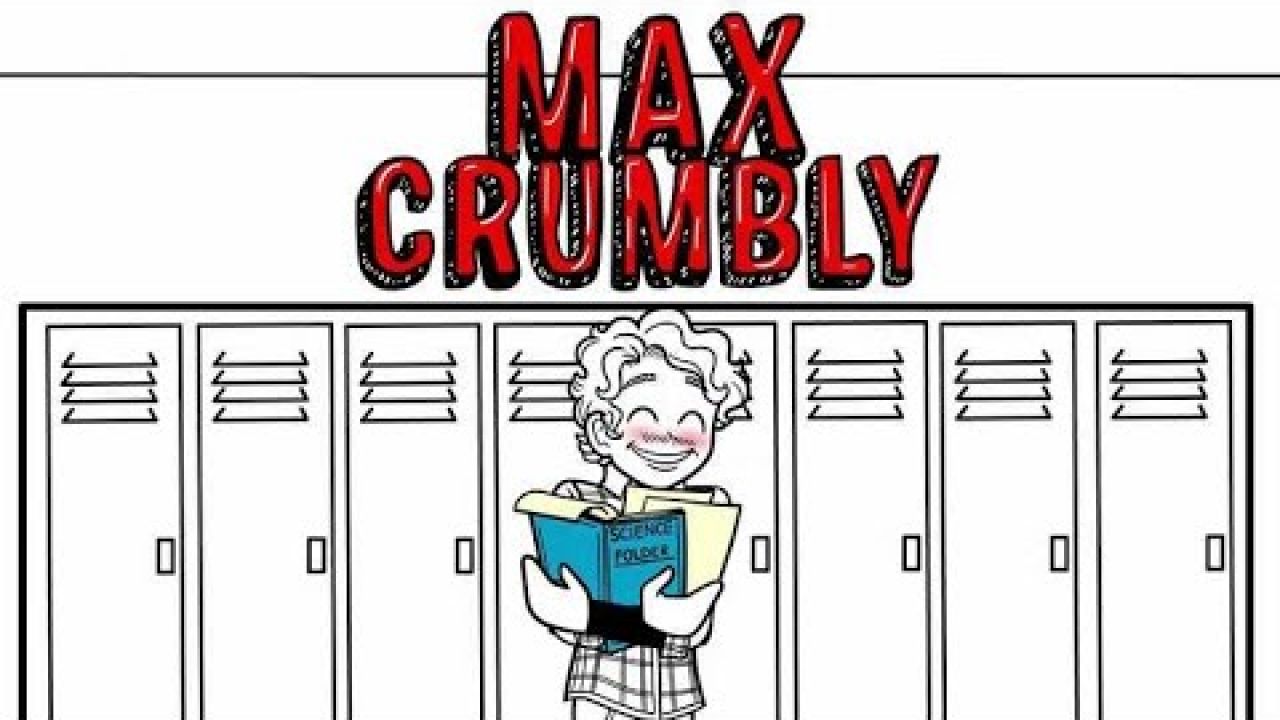 The Misadventures of Max Crumbly!

How to Be Brave