Wise women, wonder and Native American culture - this spellbinding sequel is a feat of historic fiction

This captivating sequel sees contemporary Native American Agnes discover deep connections to her ancestress Mary, whose story enchanted readers in Witch Child. Deftly interweaving narratives of the past and present, and laced with atmosphere, authenticity and insights into Native American culture, this is an exhilarating, emotion-driven feast for fans of historical fiction.

Agnes is proud of her Native American heritage, though her fellow anthropology students don’t call her by her tribal name, Karonhisake - Searching Sky. After reading the historic diaries of Mary Newbury and being struck by a vision type experience, Agnes feels compelled to contact the researcher who found Mary’s diaries. She has a hunch that Mary might be the young woman she’s heard stories about on her home reservation. As things turn out, her formidable Aunt M, a medicine woman, is already miles ahead of her in knowing this.

Bristling with intrigue and ethical commentary on the acquisition and appropriation of Native American objects (“What right they got to any of that stuff? Bunch of grave robbers!”), this tells the remarkable tales of two remarkable young women connected across time.

Alison Ellman is still searching for information about Mary Newbury; she has a diary and some scattered information about other people in Mary's life, but Mary has disappeared into the forests and Alison has no way of following her. But when she meets Agnes Herne, Alison encounters the person who is going to tell her all about Mary's life after she leaves Beulah. Agnes is a descendant of Mary's and has a special skill which allows her to be in touch with Mary in the spirit world. And Mary has a story to tell. A story of love and friendship, sadness and loss. A story that takes her across the New World in an epic search for a home. We fell under the spell of Mary in Witch Child and now at last we find out what happened to her after her ill-fated time in Beulah. Just as Mary's story has to be told to Agnes, it has to be read by us for it is passionate, compelling and utterly wonderful.

‘The magic entices and rewards the reader with a wonderful story of love, friendship, survival and courage’  Carousel

'I've saved the best for last. The prolific, erudite and consistently brilliant Celia Rees is justly renowned for her dizzyingly inventive plots, redolent of everyone from Angela Carter to Shakespeare. Sovay and Witch Child are two of her best-known books in the younger market, but she has written countless more, all equally breathtaking' - Guardian

‘Witch Child marked a huge step change in YA historical fiction. There is a contemporary sharpness, an edge, to Rees’s prose that felt new and bold, and marked the book out as a classic right from the start’ Catherine Johnson

‘Witch Child is an out-and-out classic. A superb idea, beautifully realised. As fresh and original as it was when it first came out. Celia Rees is a wonderful writer and this is a fantastic book’ Chris Priestley

‘Rees sends the reader back in time, and shows them the blood under the fingernails of the early settlers. The good and bad is laid bare, the sense of hope and camaraderie, limited by the entitlement and misogyny that permeates their society, and can be more deadly and dangerous to a young woman than any witches curse’  Deirdre O’Sullivan 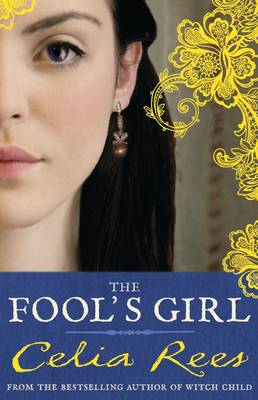 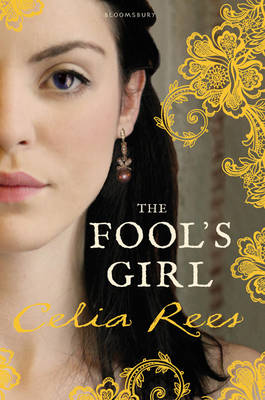