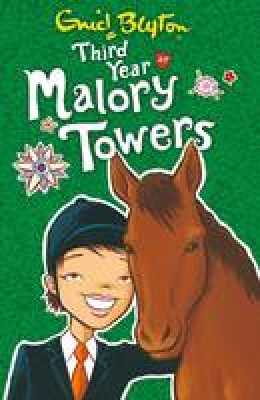 The third book in the Malory Towers series with more adventures from Darrell and her pals. There's some new additions this year though, and one of them is a girl called Zerelda who is all the way from the USA. It's not just the girls who will face challenges this year, though. Bill's horse, Thunder, suffers from colic and Darrell must work with Bill to stop him lying down! Enid Blyton is arguably the most famous children's author of all time, thanks to series such as The Wishing-Chair, The Faraway Tree-, The Mysteries, The Famous Five and The Secret Seven. Her school series - including St Clare's and Malory Towers are the perfect books for girls who are experiencing their own adventures at school.