Your favourite fairy tales given an uproarious update

December 2020 Book of the Month

Congratulations to Konnie Huq and co-author James Kay who with illustrator Rikin Parekh have taken the best-loved fairy tales, shaken them up, and brought them uproariously into the 21st century. All your favourites are here, recognisable, but turned into something fresh, new and very funny (often with a pointed message or moral). Thus Sleeping Beauty is now Sleeping Brainy, a maths-mad princess who grows up to be the most successful Chancellor of the Exchequer in history, while simultaneously inventing the computer, the internet and Wikipedia (‘all in a good nine thousand six hundred and eighteen days’ work’ she concludes, happily). Pity the three bears who here have to put up with Mouldysocks, a boy too busy playing computer games to tidy up or wash, but cheer for The Pickled Mermaid, who puts her blog out on Plaicebook, Finstagram and Snapperchat, thereby reaching millions of readers and effecting real change on pollution in the oceans. Then there’s Robin Hoodlum and his boss, the Baron of Bottybum; Spinocchio, a TV news anchor; and a surprisingly familiar looking, bad-tempered little orange man called Trumplestiltskin … The stories are told with real dash and energy and will have children and parents alike roaring with laughter.

Packed with stories about boys who aren't afraid to cry and rhymes about girls who refuse to kiss frogs, Fearless Fairy Tales shakes up dusty, old-fashioned (and, to be honest, rather sexist) bedtime stories and totally reinvents them for the twenty-first century. From fake news to female footballers, environmental pollution to equal pay, nothing is off limits in this anthology of laugh-out-loud fairy tales with thoroughly modern morals.

Meet Trumplestiltskin, a vain and gold-obsessed little man who will stop at nothing to become richer and richer. There's Sleeping Brainy, the princess whose only dream is to become Chancellor of the Exchequer, and the Gingerbread Kid, who escapes persecution in his home country but struggles to fit in in his new one. You won't forget the lingering stench of Mouldysocks - a boy obsessed with staring at his iPad but rather less obsessed with personal hygiene - and you'll be rooting for Rap-Unzel when she gets the chance of fame by appearing on Kingdom's Got Talent . . . but at what cost?

Told in the fresh, vibrant and unique voice of Blue Peter favourite Konnie Huq, writing with James Kay, and packed full of irresistible illustrations by Rikin Parekh, Fearless Fairy Tales is the perfect hardback gift for young readers (and older readers fed up with serving their kids the same old boring bedtime stories). 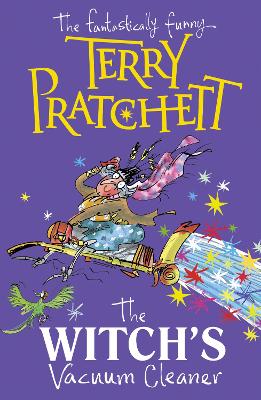 Konnie Huq is the longest serving female Blue Peter presenter – from 1997 to 2008. Konnie is the author of the Cookie series of books which were inspired by her own London Bangladeshi upbringing, her love of science and her unashamed nerdiness! Konnie is an ambassador for the Prince’s Trust and the British Asian Trust. She lives in London with her husband and two sons. Photo credit Ed Miller James Kay is a writer and full-time human who lives in Oxfordshire. His hobbies include eating and breathing. At school he was voted 'least likely to become Prime Minister' and he's ... 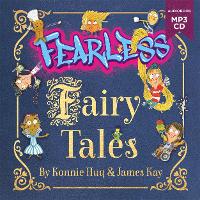