Co-written by YA author Sara Shepard and 16-year-old Instagram celebrity and actress Lilia Buckingham, Influence is at once blisteringly entertaining and grippingly gritty - think guilty pleasure gossip site meets down and dirty exposé of the unfiltered underside of social influencer life.

With an ultra-twisty plot that’s sure to keep readers on their toes, the story opens with rising social star Delilah moving to LA. Thanks to the video that propelled her to fame as “Puppy Girl”, she’s set to hit the bigtime, especially when glamourous, super-famous Jasmine befriends her, though both young women want more from life. Delilah aspires to be known for animal activism, diabetes awareness and anti-bullying messages rather than cute canine content, while Jasmine longs to be free from the constraints of her tightly-controlled brand image, not least so she can live out her true sexuality. Then there’s outwardly cheery Fiona, famed for her fashion and beauty YouTube channel, but inwardly weighed down by OCD and The Voice in her head that tells her she’s worthless. At the top of the tree is Kardashian-esque famous Scarlet. She and handsome Jack, a mega YouTube prankster star, are worshipped as “Jacklet”, with countless crazily devoted fans following their every move, as Delilah experiences first-hand when she and Jack strike up a bond, and it’s not long before a tsunami of duplicity and devastation explodes.

Through the lives of the four female influencers we see bitchy backstabbing, the pressures of brand ambassadorship, the hollowness of consumer culture and the ruthlessness of fervent fans. Ultimately, though, when this thrilling rollercoaster ride winds up, the book chimes a message of authenticity. In Jasmine’s words, “Embrace who you are, not who the internet wants you to be.”

Real-life Instagram celebrity - the US actress Lilia Buckingham - is the trusted source for this novel. Lilia has amassed an enormous fan base on YouTube, and has over one million followers on Instagram. Lilia uses her unlimited access and extensive  background knowledge on the topic to craft this complex and fascinating new online world captivating our real-life teenagers.

Delilah is Internet-famous, in LA and at the start of something incredible. Everything is going to change . . . but not necessarily in the way she imagines. Jasmine is a child star turned media darling. Her selfies practically break Instagram.

But if the world knew who Jasmine really was? Cancelled. Fiona is everyone's best friend, always smiling. But on the inside? The girl's a hot mess. If they discovered her secret, it wouldn't just embarrass her: it would ruin her. Scarlet isn't just styled to perfection: she is perfection with a famous boyfriend and an online fanbase devouring her every move. But every perfect thing has a fatal flaw.

To everyone clicking, DMing, following and faving, these girls are living the dream; but are they really? The sun is hot in California . . . and someone's going to get burned. 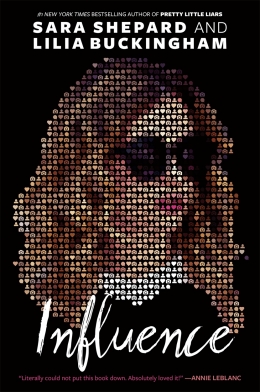 Win a copy of Influence by Sara Shepard & Lilia Buckingham!

Influence is a sizzling LA-set thriller following the lives, strifes and secrets of social media influencers, co-written by YA author Sara Shepard and 16-year-old Instagram celebrity and actress Lilia Buckingham. We have 3 copies of this grippingly gritty novel to give away to our lucky readers - enter below!

This is a fun romp and a peek into a fascinating, of-the-moment cultural phenomenon - SLJ

Welcome to the glamorous - and cutthroat - world of social media influencers . . . glossy and salacious - Kirkus Reviews

Literally could not put this book down. Absolutely loved it!  Annie LeBlanc 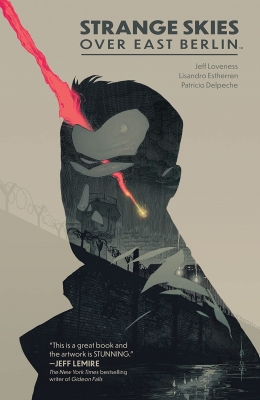 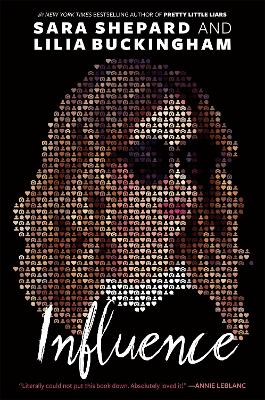 Sara Shepard is the author of two New York Times bestselling series Pretty Little Liars and The Lying Game, as well as the series The Perfectionists. She graduated from New York University and has an MFA from Brooklyn College. Lilia Buckingham is a writer, actress, dancer, and student. Though she has a strong social media presence, Lilia hates the term influencer but loved writing Influence. She lives in Los Angeles with her mother, brother, and two dogs.