Part of the Theodosia Series

Part of the Theodosia Series

Theodosia and the Serpents of Chaos Review

A perfect blend of spookiness, mystery and humour

Eleven-year-old Theodosia Throckmorton’s parents are curators at the Museum of Legends and Antiquities in London, a kind of rival to the British Museum. Unknown to them, their daughter has a special gift and can ‘see’ curses on the ancient artefacts her mother brings back from her expeditions (it’s the early 20th century and attitudes to relic ownership is much more relaxed than it is now).

Deliciously for readers, there are lots of curses and removing them involves Theodosia in all sorts of magicking and spellcasting, quite a lot of it done at night in the museum. Things get even more thrilling when her mother returns with the ‘Heart of Egypt’, excavated from the tomb of Thutmose III himself. It has particular powers which make it appealing to Britain’s enemies.

Before you can say ‘Indiana Jones’, Theodosia is involved with a secret society of spies, and charged with the task of returning the jewel to its rightful place in the tomb. The adventures come thick and fast and call for all her courage and resourcefulness. Theodosia is an excellent narrator with a great line in deadpan humour and her adventures will appeal to all those with a taste for spooky, historical capers.

Soon to be a major live-action TV series, produced by Cottonwood Media and HBO Max

Theodosia and the Serpents of Chaos Synopsis

Theodosia Throckmorton has an extraordinary ability: she can sense ancient magic. This is most useful, as she spends her life fighting curses in the London Museum of Legends and Antiquities, where her father is head curator of a vast collection of Egyptian artefacts and mummies.

When Theo's mother returns from an archaeological dig bearing the Heart of Egypt, a legendary amulet from a long-lost tomb, Theo soon realises it holds a powerful curse which could threaten all of Britain with war.

Worse, there are sinister forces who wish to capture the amulet's power for themselves. Theo must summon all her courage and cunning to fight the rising chaos and restore the amulet to its rightful place.

Theodosia and the Serpents of Chaos Press Reviews

'There are surprises aplenty in LaFevers's spirited debut, a sort of Indiana Jones for girls and a perfect blend of mystery and humour' - Publishers Weekly, starred review

Robin LaFevers is an award-winning American children's book writer from California.  She is the author of the Theodosia series, Nathaniel Fludd, Beastologist and His Fair Assassins series. She grew up in Los Angeles, California and now resides on a small ranch in Southern California with her husband, two sons, dog and cat. She has had a life-long love of animals, which often make appearances in her novels, and a sensitivity to ecological responsibility best apparent in the Nathaniel Fludd books. She admits to a belief in the magical, which is also a driving element of stories such as Theodosia ... 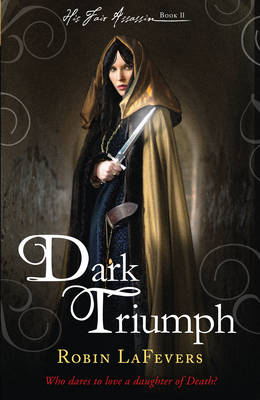 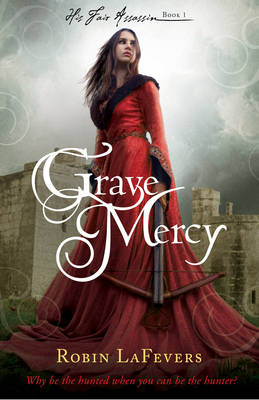 View All Books By Robin LaFevers