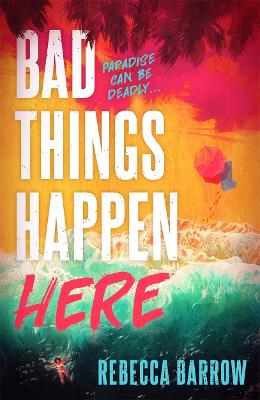 "A gripping, romance-tinged thriller set on a sun-drenched island"

Luca lives on an outwardly idyllic, sun-drenched island that’s plagued by an undercurrent of death. Namely, the unsolved deaths of young women, among them Luca’s best friend. But grief and fear aren’t the only problems Luca’s dealing with. She also suffers with mental health problems and, being “queer on an island where girls still kiss in front of boys for entertainment”, and being “mixed race on an island full of uptight old-money white people”, she feels like an outsider.

Then, Luca’s sister is murdered, which means “the two people who knew her best in the world are gone. The only ones to have ever known her fully without judging her…Who does she have now?” Enter Naomi, a newcomer to the island, to whom Luca feels an instant attraction. As their romance blossoms, Luca determines to figure out the truth behind her sister’s murder, and the cause of the curse she’s convinced is at play.

The plot unfolds with a viper’s nest of secrets, lies and accusations as the action and island hots up even more than its wealthy residents are accustomed to. Alongside the thrills of a murder mystery, the novel expounds body-positive messages, and Luca’s mental health struggles are represented with authentic honesty.

Luca Laine Thomas lives in Parris, a beautiful island plagued by the unsolved deaths of young women - most significantly, Luca's best friend. All Luca wants is to heal from the traumatic loss and leave her feelings of guilt and helplessness behind. Then Luca comes home to find police cars in her driveway. Her sister, Whitney, is dead. Luca and Naomi, the new girl next door, decide to take the investigation into their own hands, and along the way their connection deepens. Soon, their casual touches and innocent flirtations become something way more real. But finding out what happened on the night of Whitney's disappearance reveals lie upon lie. Nothing is as it seems. Will Luca's search finally reveal the truth about her sister's murder?

Perfect for fans of We Were Liars, One of Us Is Lying, Ace of Spades and Asking For It.

Rebecca Barrow is the critically acclaimed author of the Interview with The Vixen, This Is What It Feels Like, and You Don't Know Me But I Know You. Bad Things Happen Here is her UK debut.

She is a lover of sunshine, Old Hollywood icons, and all things high femme. She lives and writes in England. 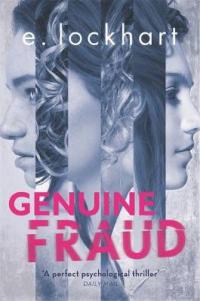