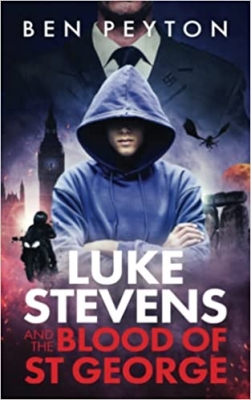 Luke Stevens and the Blood of St George

A fast-paced teen adventure with plenty of references to pop culture and ancient legends. ‘Luke Stevens and the Blood of St George’ by Ben Peyton begins with a very intriguing prologue, setting the scene of the threat to come before we are introduced to our eponymous character. We see a glimpse of Luke Stevens' mundane life with his aunt Sarah as his 13th birthday arrives and his family history is revealed, pushing him into the middle of a battle he didn’t know was raging against an unrelenting underground Nazi group, with freshly emerging powers he hadn’t realised he had. I enjoyed the way that this book is inspired by the legend of St. George and also how the author manages to intertwine more modern pop culture references too. Patrick’s gadgets are straight out of James Bond and after Charlie and Luke’s discussions of Star Wars I couldn’t help but see similarities there as well (Luke having lost his parents, a prophecy of a chosen one, a teacher referred to as a master who “giggles” like the original Yoda, references to light and dark and a spectral appearance from beyond the grave). There’s also lots of wit, with clever puns and sarcastic comebacks that left me smirking. Luke gets the hang of using his new abilities quickly and, with the help of the other Guardians, he dives straight into the action to try to stop his enemies from gaining power. This story whizzes by and with that epilogue I’m sure teen readers will be keen to hear more from Luke Stevens in future books.

Luke Stevens and the Blood of St George Synopsis

Buy a copy of this book from Amazon

On his 13th birthday and presented with an unusual gift, Luke Stevens suddenly finds himself thrust into a battle between good and evil, with him right at the heart of it. For within Luke flows the blood of a legend, and there are those that will stop at nothing to get their hands on what he now has in his possession. With a group of Guardians to help him, Luke has no choice but to step up and fulfil an ancient prophecy where mankind’s way of life is threatened by a ruthless enemy seeking global domination. What follows is a race against time where one thing is certain: Luke’s life will never be the same again. Full to the brim with action, humour, gadgets and history, prepare yourself for an exciting adventure that will keep you turning pages long into the night. Welcome to Luke Stevens and the Blood of St George... 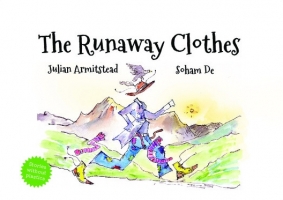 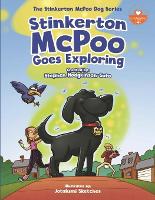