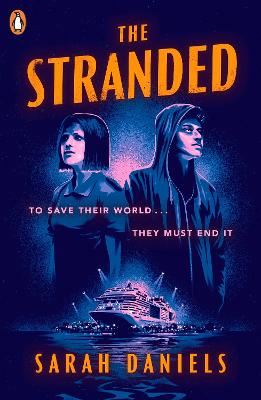 Cruise ships now bring with them a lot of COVID 19 related baggage, and it makes for a highly original setting and premise for this dystopian thriller. The Arcadia is a giant cruise ship that, like many others, fled the virus wars raging in Europe, but the Federated States have left all of them in quarantine for forty years for fear of infection spreading on land. They keep the ships minimally supplied with food and medicine and under a harsh regime of military control.

There is the usual distinction between the lives of privilege and poverty on board and with crime and corruption rife, the only hope for the future of children born on ship is education and recruitment as a soldier or medic. Inevitably rebellion is brewing and allies both inside and outside the Federation are working towards freedom but will the rebels triumph before the Federation policy of ship clearance and slavery reaches the Arcadia? The story is told through three points of view including the third person insight into the villainous, sadistic military commander. Esther is a would-be medic on the brink of achieving a brighter future. Nik is a rebel from the ship’s underbelly. They are thrown together at the centre of the rebellion and refreshingly there is absolutely no romance muddying the waters or at least not between them!

The world building is utterly convincing and as the complexities of the plot are revealed, the tension ratchets up as does the action. This is the first of a duology and I predict students will be queuing up for the sequel when it arrives. This is an impressive debut novel which manages to add something new and different to the genre.

A gripping near-future thriller: love triangles, betrayals and fights for freedom in a world turned upside-down . . .

The tension of Suzanne Collins meets the heartbreak of Malorie Blackman, with echoes of Station Eleven.

Welcome to the Arcadia. Once a luxurious cruise ship, now it is home to the stranded. For forty years, they have lived, and died, on the water. A place of extreme haves and have-nots, gangs and make-shift shelters, its people are tyrannized by a country they can see but can't get to.

A country that says it doesn't want them. Esther is a loyal citizen, working flat-out for a rare chance to live a life on land. Nik is a rebel, intent on liberating the Arcadia once and for all. Together, they will change the future . . .

Sarah Daniels is an ex-archaeologist who escaped academia and now writes stories from her home in rural Lincolnshire. Her work has been published in various online magazines and has been nominated for Best British and Irish Flash Fiction and Best Small Fictions. This is her first novel and part of a duology. You can keep up with Sarah on Instagram @SarahDanielsBooks

More About Sarah Daniels
Add To Wishlist
Buy from our bookstore and 25% of the cover price will be given to a school of your choice to buy more books.