Wonderfully magical and yet totally believable, Secret Heart will take you on an emotional journey that is both gripping and very enjoyable.

Joe Maloney is out of place in this world: his mind is always somewhere else - on the weird creatures he sees around him and whispers he hears on the air. But into his world comes the circus, and Corinna, and a tiger. And indeed, Joe's dreams are already stalked by a tiger, so real that his skin and its pelt begin to feel as one.

"As readers will expect from David Almond, there's a sense of inhabiting a strange, vivid world that exists alongside the familiar, and an evocation of wonder in everyday things as well as in the extraordinary. This is a powerful addition to his highly distinctive works." - TIMES EDUCATIONAL SUPPLEMENT

"This gripping book will enrich your soul and fire your imagination." - THE DAILY TELEGRAPH

"his best book yet... As we have come to expect of Almond's writing, the book has a dreamlike resonance. It is a story about love, persecution, freedom and the conflict between man and beast, perceived here as a battle between machismo and a female animalism" - LITERARY REVIEW

"A life-changing story of hope, love and encouragement for a boy who's been all but written off." - SUNDAY TIMES

"An exhilarating, though not always easy read for anyone who, like Joe has tigers and larks in their hearts." - THE GUARDIAN 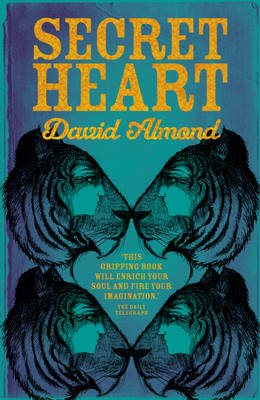