LoveReading View on The Monkey Pirates

Imagine monkeys dressed as pirates travelling through space and time in search of treasure and adventure and along the way in their wardrobe they pick up a quite normal girl called Emily Jane and head off in search of her missing Uncle Bartholemew,  You've guessed it but chaos ensues but not without a great deal of fun and madcap mayhem.  This is the first in a funny new series that is sure to get even the most reluctant reader reading.

When I first read the story that became The Monkey Pirates, I knew that Mark’s voice was something different. His sense of humour and way of phrasing things made me laugh out loud and, frankly, I just loved the idea of monkey pirates travelling in wardrobes through space and time!

It is very unusual for a story that doesn’t come from a literary agent but from the ‘slush pile’ to stand out, but this did. I knew that 6- and 7-year-old readers love silly humour and wordplay – and who could resist The Monkey Pirates’ bonkersness?

When I commissioned four books in the Monkey Pirates series in 2007, Mark was delighted, and he knuckled down to producing three more equally inventive and entertaining stories. For someone who’d never written fiction before – his day job was in sales – he rose to the challenge magnificently. He was always responsive to my suggestions and queries, although he was determined that the main character should remain a girl, Emily Jane, named after and inspired by his daughter.

There was a real buzz in the office about these books and last December, 2007, my colleagues hoped to meet Mark at our Christmas party for authors and illustrators. However, sadly, he was unable to make it as he was in hospital having an operation. It was only in June this year that he told me it was for a cancerous tumour in his jaw. Since then he’d been having chemotherapy but by June he knew that the prognosis was not good. The cancer had spread to his brain. He asked us to bring forward the publication if possible so that he would be able to see the books on the shelves.

Obviously, this was a real shock and hugely sad news. The first story was originally scheduled to be published in March 2009, but we immediately brought it forward to January 2009.

Meanwhile, Mark and I worked on the other three stories, getting them as polished as we could as soon as we could. He was struggling with his vision, having to wear an eye patch, and was very tired, yet he even wrote a fifth story for us to have up our sleeves should the series do well. And he still put up with my seemingly endless suggestions for tweaks! He had such dedication to these books, even when he was very ill indeed. He was determined that they would bring young readers joy after he had gone.

Mark did see a bound proof of the first book but, sadly, he died in the middle of September before he could see a final copy. At his funeral, his brother read an extract from The Monkey Pirates and it was a wonderful, lightening moment on a very sad day. His family and friends all agreed that planning these books gave him something joyful to focus on – and something for them all to discuss – other than his illness in those final months.

Unfortunately, the tragedy does not stop there for his family. His widow has also been diagnosed with a virulent form of cancer, although her prognosis is better than his was, and their daughter faces life without either of her parents. Meanwhile, they are focusing on the positive and are thrilled that they will see Mark’s books on the shelves very soon.

I was privileged to work with such a witty, hard-working man. It is a tragedy that he died before his books were published, but they will remain his legacy and a testament to his talent. And what a legacy – four (or maybe five!) funny, madcap adventures that both boys and girls will love to read. As them Monkey Pirates would say, Bananas and barnacles!

Aaarrgh! This be a funny book starring many monkeys, much searching for treasure and a man with a huge beard. One night, Emily Jane is trying to get to sleep when suddenly, there is an enormous thunk! and a dozen Monkey Pirates tumble out of her wardrobe. Monkey Pirates are in search of yellow, bendy treasure and they travel through space and time in wardrobes to look for it.

No sooner does Emily Jane hear this, than she hops into the wardrobe with them and travels off in search of her missing Uncle Bartholomew who invented the wardrobe and who has a huge beard. There follows much silliness involving Buckingham Palace, a bearded professor, bananas, a time-telescope and a Monkey Pirate called Dave, who's trying very hard to learn the ropes but would secretly prefer to be a librarian. Will Emily Jane find her Uncle Bartholomew? Will Dave ever learn to say 'Aaarrgh!' properly? Join the crew to find out! Bananas and barnacles! 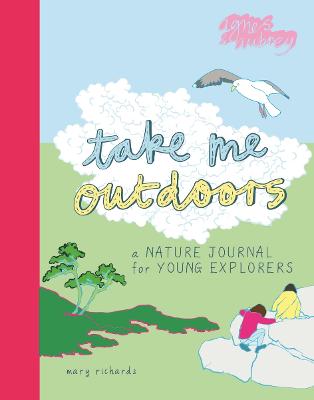 Sadly Mark died in September 2008 before he could see The Monkey Pirates published. It was his first book for children. Mark leaves behind his wife Amanda and his daughter, Emily Jane on whom he based his central character. He also finished four Monkey Pirates titles that he would have been thrilled to know were making it into the hands of young readers.   Mark Skelton, author of The Monkey Pirates seriesby Rachel Boden, Commisioning Editor of Egmont Press When I first read the story that became The Monkey Pirates, I knew that Mark’s voice was something different. His ... 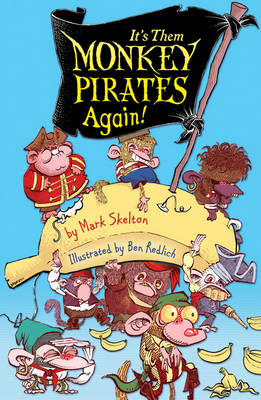 View All Books By Mark Skelton