LoveReading View on The Savage

Shortlisted for the Kate Greenaway Award 2009. Visually stunning this is also a spellbinding read, as the story a young boy writes develops a life of its own and begins to play a powerful role on reality. Encouraged to write about the difficult things in his life, Blue Baker creates The Savage who has the power to step out from the pages and save him from his demons.

Prize winning novelist David Almond has a rare ability to seamlessly blend magic and reality in stories. Teamed up with illustrator Dave McKean the two have created a powerful, moving and original story told in words and pictures. Asked to write a story, Blue writes about the harsh realities of his own life including facing up to the Hopper, the town bully and coming to terms with his own grief. Emotionally raw, The Savage will touch a deep emotional chord with all readers. To view other titles by David Almond click here.

'McKean’s illustrations add immensely to David Almond’s prose, reflecting its quality via a subdued colour palette and a variety of styles and framing. The cover image is particularly powerful, and the whole an utterly contemporary but timeless book you can’t ignore.'

Blue Baker writes about a savage living alone in the woods near his home. After his dad's death, Blue finds comfort in dreaming of a wild kid who survives on berries and the hapless passer-by. But when the savage pays a night-time visit to the local bully, boundaries become blurred and Blue begins to wonder where he ends and the savage begins. 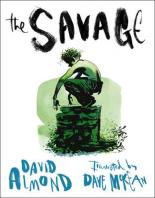 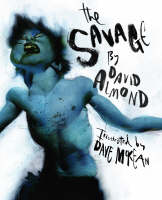