Life, the Universe and Everything

LoveReading View on Life, the Universe and Everything

3rd in the series and the first one that was written as a book as opposed to being adapted from the radio scripts. Zaphod, Trillian, Ford, Arthur and the hilariously named Slartibartfast reunite, at Lords Cricket ground (don’t ask) to save the universe.

Even 30 years on this is still a fresh and funny series of stories, whether you read them or listen to the original BBC radio shows. The anarchic, or ‘random’ to use modern parlance, plot, place settings and characters makes them more appealing than a Pan Galactic Gargle Blaster!

The Hitch-Hikers Guide to the Galaxy series:

1. The Hitch-Hikers Guide to the Galaxy

2. The Restaurant at the End of the Universe

3. Life, the Universe and Everything

4. So Long, and Thanks for All the Fish

Life, the Universe and Everything Synopsis

This title celebrates the thirty years of comic genius of Douglas Adams. After a series of events which have involved Arthur Dent being alternately blown up and insulted in more bizarre regions of the Galaxy that he has ever dreamt existed, he finds himself stranded on Prehistoric Earth. Luckily an amazing rescue by Ford Prefect and a time eddy, cleverly disguised as a sofa, lands them in the middle of Lords two days before the world is due to end. It's just not cricket. This is volume three in the trilogy of five. 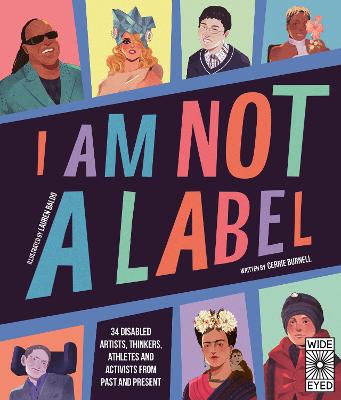 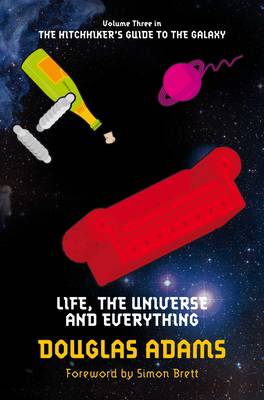 Douglas NoÃ«l Adams (March 11, 1952 â€“ May 11, 2001) was a cult British comic radio dramatist, amateur musician and author, most notably of the Hitchhiker's Guide to the Galaxy series. Hitchhiker's began on radio, and developed into a "trilogy" of five books (which sold more than fifteen million copies during his lifetime) as well as a television series, a towel, a comic book series, a computer game and a feature film that was completed after Adams's death. In addition to The Hitchhiker's Guide to the Galaxy, Douglas Adams wrote or co-wrote three stories of the science fiction television series Doctor Who, and served ...

View All Books By Douglas Adams