How to Train Your Dragon

LoveReading View on How to Train Your Dragon

If you would prefer the edition with a film tie-in cover then click here.

How to Train Your Dragon Synopsis

Read the original books before you see the How to Train Your Dragon film! This book will be a hit with children and adults alike. THE STORY BEGINS in the first volume of Hiccup's How to Train Your Dragon memoirs...Hiccup Horrendous Haddock III was an awesome sword-fighter, a dragon-whisperer and the greatest Viking Hero who ever lived. But it wasn't always like that. In fact, in the beginning, Hiccup Horrendous Haddock III was the most put upon Viking you'd ever seen. Not loud enough to make himself heard at dinner with his father, Stoick the Vast; not hard enough to beat his chief rival, Snotlout, at Bashyball, the number one school sport and CERTAINLY not stupid enough to go into a cave full of dragons to find a pet...It's time for Hiccup to learn how to be a Hero. How to Train Your Dragon is soon to be a DreamWorks film starring Gerrard Butler, America Ferrera and Jonah Hill, out in March 2010 adapted from the best selling How to Train Your Dragon series by Cressida Cowell. Read the rest of Hiccup's exploits in the How to Train Your Dragon series in How to Be a Pirate, How to Speak Dragonese, How to Cheat a Dragon's Curse, How to Twist a Dragon's Tale, A Hero's Guide to Deadly Dragons, How to Ride a Dragon's Storm, and How to Break a Dragon's Heart. Check out the all-new Hiccup website at www.howtotrainyourdragonbooks.com It's the place to go for games, downloads, activities and sneak peeks! Read all about Hiccup and all of your favourite characters, learn to speak Dragonese and train your own dragon to do tricks!

How to Train Your Dragon Press Reviews

'another triumph from the creative pen of Cressida Cowell.
- Writeaway.org

'... inspired series ... its enchantment lies primarily in the comical, affectionate and often irritable relationship between Hiccup (the only nerd in the violent Viking Hooligan tribe) and his runty little dragon Toothless.'
- Amanda Craig, The Times

'Bulging with good jokes, funny drawings and dramatic scenes, it is absolutely wonderful.'
-- Independent on Sunday

'If you haven't discovered Hiccup yet, you're missing out on one of the greatest inventions of modern children's literature.'
- Julia Eccleshare, Guardian children's editor 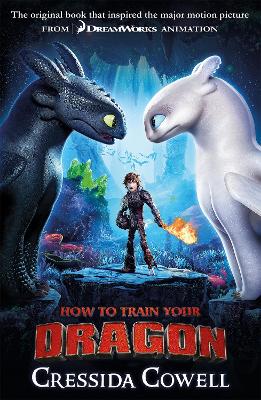 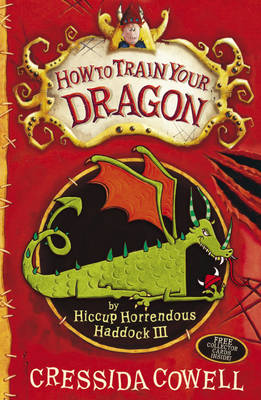