By Midnight A Ravenwood Mystery

LoveReading View on By Midnight A Ravenwood Mystery

Welcome to a stunning debut and a rollercoaster emotional ride of anger, mystery, fear and romance.  This is a spooky, London-based debut Young Adult novel that cleverly intertwines Highgate cemetery, still haunted from sightings of vampires back in the 1960s and Ravenwood, an exclusive Highgate School where vampires just might lurk in the shadows.  It’s a must-read vampire story that puts the world of Edward and Bella in the shade. Why not also take a peek at the other Gollancz Young Adult titles that have helped to launch this fierce and feisty new imprint.

By Midnight A Ravenwood Mystery Synopsis

April Dunne is not impressed. She's had to move from Edinburgh to Highgate, London, with her parents. She's left her friends - and her entire life - behind. She has to start at a new school and, worst of all, now she's stuck in a creepy old dump of a house which doesn't even have proper mobile phone reception. Ravenwood, her new school, is a prestigious academy for gifted (financially or academically) students - and the only place her parents could find her a place, in the middle of term, in the middle of London, on incredibly short notice. So she's stuck with the super-rich, and the super-smart ...and trying to fit in is when the rest of the students seem to be more glamorous, smarter, or more talented than she is, is more than tough. It's intimidating and isolating, even when she finds a friend in the conspiracy-theorist Caro Jackson - and perhaps finds something more than friendship in the gorgeous, mysterious Gabriel Swift. But there's more going on at Ravenwood than meets the eye. Practical jokes on new students are normal, but when Gabriel saves her from ...something ...in the Highgate Cemetery, and then she discovers that a murder took place, just yards away from where she had been standing, April has to wonder if something more sinister is going on. ..and whether or not she's going to live through it ...More on the Ravenwood series can be found at www.ravenwoodmysteries.com 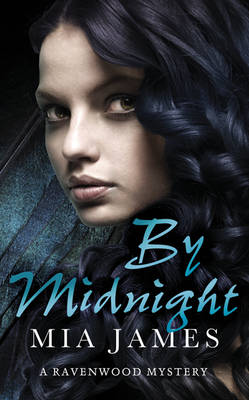 Mia James is an up-and-coming new commercial writer born and working in London. By Midnight is her debut novel. More on the Ravenwood series can be found at www.orionbooks.co.uk/ravenwood.

View All Books By Mia James