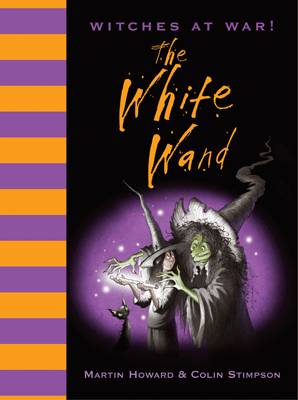 9 +. Esmelia Sniff and her much more talented apprentice Sam are back in the second volume of the much-praised Witches at War! series. Armed with the Black Wand, evil Diabolica Nightshade is creating an army of witches to take over the world. It's up to Esmelia and her apprentice Sam to stop her, but the only thing that can stand against the Black Wand is - another wand of equal power. Can Sam and Esmelia put their differences aside for long enough to uncover the ancient spell to create such a wand? What will Sam discover about her past? And will Esmelia ever take off that false beard? The first in the series is The Wickedest Witch.

The White Wand by Martin Howard

Martin Howard is the author of many humour titles for both adults and children, examples include the hugely successful Bad Dog’s Diary series and The Wickedest Witch, the first book in the Witches At War! series.

More About Martin Howard
Add To Wishlist
Buy from our bookstore and 25% of the cover price will be given to a school of your choice to buy more books.