Best-selling Skulduggery Pleasant has taken the world by storm. A hugely entertaining mix of fear and fun in a magical community where the strangest things seem to happen for unpredictable reasons, this fifth volume tells a new chapter in the life of the maverick Skulduggery. All is not well in the magical world as thousands of wicked souls possess any available body in their attempt to reach the messiah which means soon no one can trust anyone else – even their very best friends. Skulduggery Pleasant has to set about trying to put things right in his own very unusual way.

Following the shocking revelations of DARK DAYS, get ready for the fifth instalment of the bestselling Skulduggery Pleasant series -- guaranteed to contain at least 40% humour, 50% action, and 100% thrills! The blonde girl with the black lips turned to Valkyrie. 'We know,' she said. 'We've seen the future. We know you're going to kill the world!' Skulduggery Pleasant is back, and reunited with his original head. But all is not well in the magical world. For one thing, there's an unstoppable assassin with a face-mask on the loose! and for another thing, Valkyrie has discovered she might be Darquesse, the evil sorceress set to destroy the entire world. The problem is, she doesn't feel she can tell Skulduggery what she's learned, and so she must try to change her terrible destiny alone. But the price of a new fate is high, and if she fails, she'll die alone too. With Valkyrie on her own quest, Skulduggery and the gang are even more vulnerable. Which is a shame, because remember that remnant the Necromancers had? They've still got it -- and they're thinking about letting it out.. 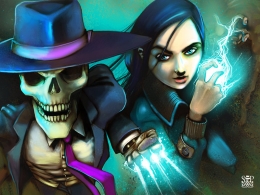 Win a signed set of the full Skulduggery Pleasant series 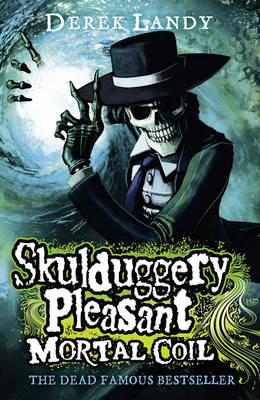 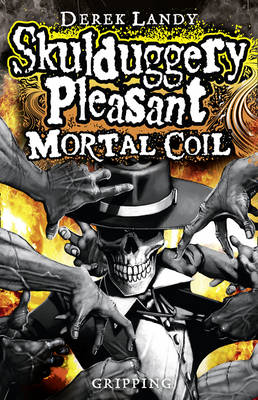 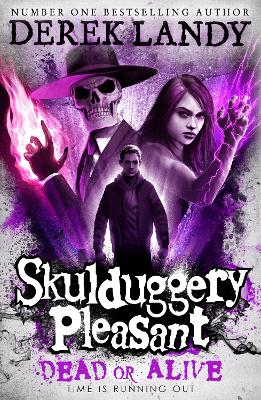