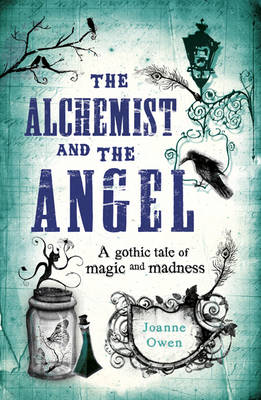 The Alchemist and the Angel

From the author of Puppet Master, an enthralling tale of mystery, magic and alchemy Set against the vivid backdrop of 16th century Prague and the equally breathtaking Vienna, a magical, historical adventure from a talented author.

The Alchemist and the Angel Synopsis

Everything changes for orphaned Jan when his beloved uncle, Gustav - anatomist, natural scientist and aspiring alchemist - enlists his help in a quest to create a life-generating serum. To test the serum, they must follow a set of ancient instructions and play a dangerous game of bringing the inanimate to life...When Gustav dies suddenly, it's up to Jan to continue his work - little does he know that his beautiful, calculating aunt dreams of using the serum for her own purposes - eternal life. Under the facade of her grief, she convinces Jan they must move from Vienna to Prague, and when she mysteriously disappears, Jan searches for her. In the plague-ridden ghettos and the court of the mad Emperor Rudolf, he must pit his wits against an extraordinary cast of characters and events. His only ally is Zuzana, a girl with secrets of her own.

'It has all the ingridients that I look for in a book: a dark adventure with massive amounts of imagination and historical detail, themes of alchemy, treachery and greed all written beautifully alongside a backdrop of beautiful Prague.' - Mr Ripley's Enchanted Books

Joanne Owen’s lifelong love of reading and writing began when she was growing up in Pembrokeshire, and very much wished that witches (and Mrs Pepperpot) were real. An early passion for culture, story and folklore led Joanne to read archeology and anthropology at St John’s, Cambridge, after which she worked as a bookseller, and led the UK children’s book buying team for a major international retailer.

Joanne has written several books for children/young adults. She’s now a fulltime reviewer, workshop presenter and writer, working on YA novels with a strong basis in diverse folklore from around the world, as well as fiction for younger readers (in which witches are very much real).

More About Joanne Owen
Add To Wishlist
Buy from our bookstore and 25% of the cover price will be given to a school of your choice to buy more books.