My Name is Mina

LoveReading View on My Name is Mina

Shortlisted for the 2012 Carnegie Medal.

The Judges said: A wonderful celebration of words, language and creativity which completely nails the voice of Mina, its central character, and demonstrates a true stream of consciousness. Mina has much to teach us all about the wonder of life in this absorbing and very clever example of a post-modern approach to literature.

A Lovereading4kids 'Great Read' you may have missed 2011 selection. One of the 4 titles shortlisted for the Guardian Children's Book Prize 2011.

Mina was Michael's thoughtful, resourceful and spiky neighbour in David Almond's prizewinning Skellig. This is the story of her life before his arrival, in a series of stunningly individual essays, poems, written dreams – each in a narrative style carefully chosen to catch the mood. Together they capture her confusion and sometimes anger about many aspects of her life, including the death of her father and her antipathy to school. They also celebrate her love of language and her passionate understanding of how it works. Seeing the world through Mina's eyes and hearing it through her voice is a journey of unbridled imagination and touching honesty.

My Name is Mina Synopsis

A message from Author David Almond about why he wrote My Name is Mina.

For me, Mina was always the most important and most interesting character in Skellig. When she popped up behind Michael and asked ‘Are you the new boy here?’ it was as if she was asking me the same question. She jumped into the book with her own life and interests. Until she arrived, I had no idea that William Blake would figure so strongly, or that birds would be so important, or that ideas about education would be such a strong theme. Without her, the book would have been a rather frail thing. Skellig would probably never have flown. Mina wasn’t just a character she was a kind of muse as well.

Skellig was published over ten years ago. Mina has stayed with me ever since, and I’ve often wondered about her. Where on earth did she come from? Did she ever go to school? Did her father really die before she was born? Did she know Ernie Myers? Why does she spend so much time in a tree? And what is in those notebooks and sketchbooks? Then last year my American publisher, Beverly Horowitz, asked if I’d consider writing a little ‘extra’ to put into the 10th anniversary US edition of Skellig. I played around with a few ideas, then I thought of trying to write a page or two from Mina’s notebooks. As soon as I started, Mina – as both character and muse – leapt into life again. It was like she was saying ‘About time! Why has it taken so long? Let’s get on with it.’ So I got on with it, and pretty soon I was able to tell my UK Editor, Anne McNeil, that the little extra was growing quickly and organically into a whole new book with its own Mina-ish form.

My Name is Mina was a lovely book to write. I hope you enjoy reading it.

There's an empty notebook lying on the table in the moonlight. It's been there for an age. I keep on saying that I'll write a journal. So I'll start right here, right now. I open the book and write the very first words: My name is Mina and I love the night. Then what shall I write? I can't just write that this happened then this happened then this happened to boring infinitum. I'll let my journal grow just like the mind does, just like a tree or a beast does, just like life does. Why should a book tell a tale in a dull straight line?

And so Mina writes and writes in her notebook, and through her stories, thoughts, lessons and dreams, Mina's journal and mind grow into something extraordinary. In this stunning book, David Almond revisits Mina before she has met Michael, before she has met Skellig, in what is a thought-provoking and extraordinary prequel to his best-selling debut novel, Skellig - winner of the Carnegie Medal and the Whitbread Children's Book Award. David Almond is also winner of the 2010 Hans Christian Andersen award.

My Name is Mina Press Reviews

"skilful, affecting and impassioned" - The Times

"Almond delivers his powerful themes with beautifully controlled passion and weaves Mina’s story delicately into the arrival of Michael's family next door." and "unsettling but, as ever, beautifully written" - Daily Mail

"A celebration of the richness of the everyday world... to read it is to feel uplifted." The Sunday Times

"A wonderful book in its own right, perhaps an even better one than Skellig"
Marcus Sedgwick in The Guardian

'Almond manages to make a work of art out of the simplest words.' - Amanda Craig, The Times

'David Almond is a fine writer, one of the very finest we have. He is simply incapable of writing a bad sentence.' - Michael Morpurgo

'exquisite prose which sparkles off the page' Writeaway BACKLIST REVIEWS:

'a book of startling quality and tremendous beauty' The Bookbag

'David Almond's novels all have a unique, mystical thread running through them. He weaves a story web, spiderlike, that holds the reader spellbound while he spins new though-threads on universal themes.' Carousel

'One of these days, someone is going to notice that David Almond has been kidnapped by children's publishing and demand him back for adults. But until then, we must rejoice in every new offering of his.' Sunday Telegraph

superb coming-of-age novel from one of our master story-tellers. --Bookseller

This is a novel of power and beauty. --The Daily Telegraph 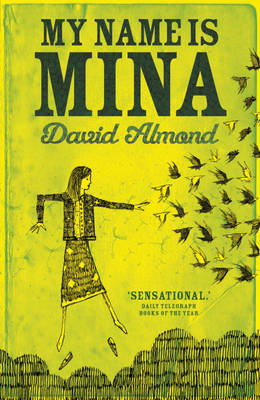 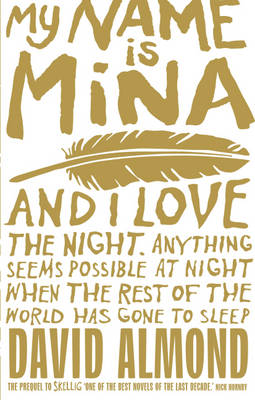