How to Steal a Dragon's Sword

LoveReading View on How to Steal a Dragon's Sword

Hiccup Horrendous Haddock the Third is back for a rollicking new adventure. A Viking with a difference, Hiccup is a great swordsman and dragon whisperer but this time he’s got a dragon rebellion on his hands as well as trying to stop Alvin becoming the next King of the Wilderwest. It’s a lot for anyone to tackle and how this hilarious and delightful character achieves all he must is a delight. Hiccup’s previous adventures set the scene for this surprising and hilarious escapade in a glorious fantasy Viking world.

Check out the brilliant website at www.howtotrainyourdragonbooks.com It's the place to go for games, downloads, activities and sneak peeks!

And for more film news visit the How to Train Your Dragon facebook page.

How to Steal a Dragon's Sword Synopsis

The story continues in the ninth volume of Hiccup's How to Train Your Dragon memoirs.

Bad times have come to the Archipelago. Ever since the woods of Berserk burned down, it is almost as if the world is cursed. Dragons are starting to revolt against their Masters. The waters have risen, flooding fields and washing whole villages away. But worse still, the wicked witch Excellinor has returned. Can Hiccup find the King's Things and win the sword-fighting contest to stop Alvin the Treacherous from becoming King of the Wilderwest?

How to Steal a Dragon's Sword Press Reviews

'Fiercely exciting and laugh-aloud funny, it is as full of joy for children of 7+ who have given up reading as for those who love it.' Amanda Craig, The Times

'CHILDREN 'S BOOK OF THE WEEK: This book is great fun and has a Blackadderish sense of humour ... full of the sort of jokes that will make schoolboys snigger.'- Nicolette Jones, The Sunday Times

'[Cressida Cowell] puts a contemporary spin on the old brains over brawn moral and brings the story to a climax with a thrilling dragon duel. Lots for lots of different readers to enjoy.' - Books for Keeps

'Bulging with good jokes, funny drawings and dramatic scenes, it is absolutely wonderful'. - Independent on Sunday

'If light amusement is required, Cressida Cowell's How to Break a Dragon's Heart delivers all it promises. There are lots of illustrations and a playfulness with language that will draw in even the most reluctant reader.' Daily Telegraph

'is not only funny, well written and thrilling, but also wise about what we owe those who love us.' The Times

'Ahead of the film of the same title due to be released next March, this is a special edition of the first book in the uproarious series about Viking Hiccup Horrendous Haddock III. Highly original, and full of useful tips for dragon-owners everywhere.' Woman's Weekly 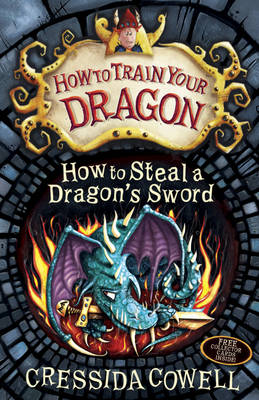