Astrosaurs : The Claws of Christmas

LoveReading View on Astrosaurs : The Claws of Christmas

Astrosaurs Series - No. 11. The astrosaurs are on their way home for Christmas when they encounter millions of Christmas presents flying through space. Teggs and his crew are ordered to take the presents back to Santa Claus and his elfosauruses. Little do they know that all is not merry this Christmas on the North Pole star...

Astrosaurs : The Claws of Christmas Synopsis

Can the Astrosaurs track down whoever's determined to spoil Christmas? 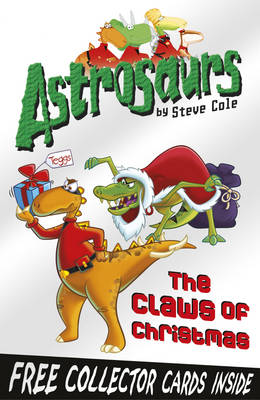