Astrosaurs The Seas of Doom

Astrosaurs The Seas of Doom

Astrosaurs The Seas of Doom Review

Captain Teggs is no ordinary dinosaur - he's an astrosaur! Teggs and his crew have been sent to a watery planet where a very large and very scary monster has been attacking a local fish factory. When Teggs and Gipsy travel down to the bottom of the sea to check out the monster, they come under attack themselves.

Astrosaurs The Seas of Doom Synopsis

Astrosaurs Series - No 3. Teggs and Gipsy end up in the company of a rather strange creature with amnesia at the bottom of the sea...Will they manage to find their way back to the surface? 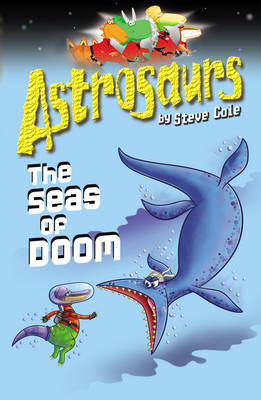