Will Gallows and the Thunder Dragon's Roar

LoveReading View on Will Gallows and the Thunder Dragon's Roar

A welcome return for Will Gallows, a charming sky cowboy hero who is willing to risk all. When Will’s uncle is accused of a crime he didn’t commit, Will is determined to prove his innocence. Uncovering a sinister plot as he does so, it’s a quest in which young Will risks his life as he does battle with the deadly thunder dragons. Action packed, this is an inventive story with a host of larger-than-life characters.

The first book, Will Gallows and the Snake Bellied Troll, was selected for the Richard and Judy Book Club and as a Blue Peter Book of the Month.

Film rights for the series have been optioned by Elton John’s company, Rocket Pictures!

Will Gallows and the Thunder Dragon's Roar Synopsis

The West Rock is crumbling. Land is fast becoming more precious than gold. Sky cowboy Will Gallows, having fled his home, is soon caught up in a bitter land feud between the cowboy settlers of the eastern arm and the elf 'braves' of Gung-Choux village. With battle looming, Will sets out to save his uncle from the hangman's noose. A quest that leads him to the rock's edge, where deadly thunder-dragons roam, and where he stumbles on a treacherous plot to drive the elf tribes off the eastern arm forever.

Will Gallows and the Thunder Dragon's Roar Press Reviews

Praise for Will Gallows and the Snake Bellied Troll:

‘There’s a thrill on every page.’ - Richard and Judy Book Club

'Like Eoin Colfer, Derek Landy and Garret Carr, it is full of Irish wit, dystopian vision and musicality. Extremely funny and utterly bonkers.’ - The Times

'I can't remember a book that so successfully merges two completely different genres so convincingly, and engagingly . . . I can easily recommend it.' - John Lloyd, The Bookbag

‘Captures the imagination and rips you through a thrilling adventure. Funny, fresh and thoroughly unique. A cracking read.’ Children's Books Ireland

‘An ingenious amalgam of western and fantasy with a whole lot of humour added in.’ - The School Librarian

'This cowboy's riding to an exciting new frontier in fiction.' Joseph Delaney, author of The Spook's Apprentice 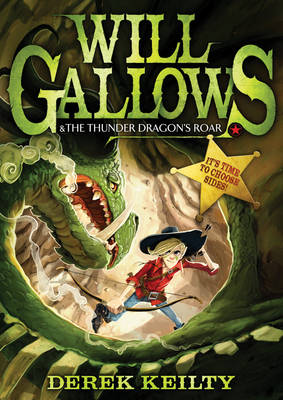 Will Gallows and the Snake-Bellied Troll is Derek’s debut novel for children althoughpreviously, he has published several educational books. He began writing in 2000 as a new millennium resolution and hasn’t looked back. Currently, he has a thriving schools program, storytelling and taking creative writing workshops around local schools. He lives in Northern Ireland with his wife, Elaine, who is Canadian, and has twin daughters, Sarah-Jane and Rebekah. Click here to visit the Will Gallows website for more information about the author and the Will Gallow Books. 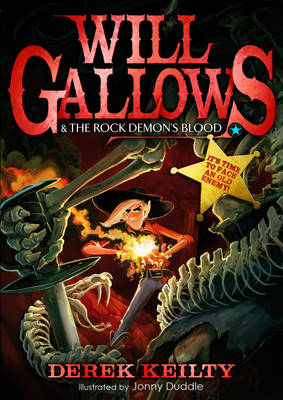 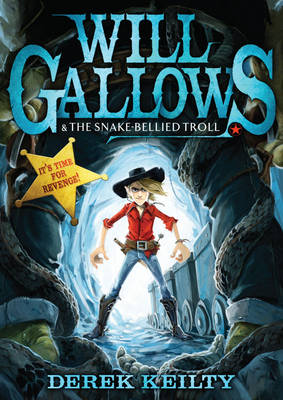