LoveReading View on The Deadly Trap

This is the fourth in this exciting Sam Silver Undercover Pirate adventure series. There is a popular new member of the crew on board the Sea Wolf - but can he be trusted? The series is guaranteed to get even the most reluctant reader reading! It combines everything that boys and girls aged 7+ will love including time-travelling, treasure hunting and swashbuckling adventure. Join Sam Silver aboard the pirate ship Sea Wolf for a rip-roaring adventure on the high seas.

But don't just take our word for it.  A 7 year old boy was lucky enough to get a sneak preview of the first one and this is what he said:
'I absolutely loved this. I read it so quickly that I went straight back to the beginning to start again when I had finished. The story is great. Sam lives by the sea and loves beach combing. He finds a message in a bottle, rubs some pirate gold and goes back in time and joins the pirates hundreds of years ago in the Caribbean.  There is loads of action and I was sad when the book ended. Can't wait for the next one.  I will tell my friends and teacher about the book.' Theo, 7

There's a new pirate aboard the Sea Wolf and he's popular with the crew, but Sam is suspicious - why is the new recruit so interested in Captain Blade? And how can Sam convince his friends that they're falling into a deadly trap?

How to become an Undercover Pirate...1) Have a pirate captain as your ancient ancestor 2) Find a message in a bottle and a magic gold doubloon 3) Get whisked back in time to join a pirate crew 4) When you get home DON'T TELL ANYONE. Remember - you're undercover! 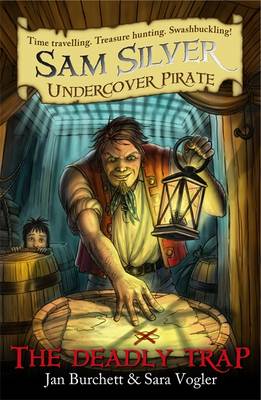 Jan and Sara were already friends when one day they decided they wanted to write children's stories and it would be more fun to write them together. That was 15 years ago. Since then they've written over 130 stories - including some about ghosts, football, ghosts playing football and naughty Gargoylz. Jan lives in Essex with her family and Sara lives in London with hers. They both have black cats who completely rule their lives. Visit Jan and Sara's website at www.burchettandvogler.co.uk. 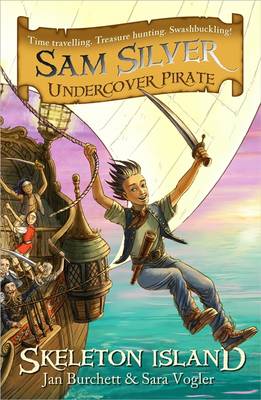 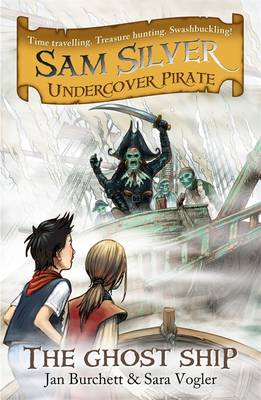