September Book of the Month   Anthony Horowitz brought his internationally bestselling Alex Rider sequence to a close in 2011 with the ninth in the series, Scorpia Rising. But Anthony had unfinished business with the world of Alex Rider and with one character in particular – Yassen Gregorovich, the assassin dispatched to execute Alex in the very first adventure, Stormbreaker first published in 2000. Russian Roulette charts the journey of this young assassin who having failed to eliminate Alex Rider in the disaster that Stormbreaker operation had become was lucky to be given a second chance - he must make an example of Alex Rider even though Alex was just 14 years old.  Tomorrow Alex would have to die...

***** Anthony Horowitz will be discussing Russian Roulette in a special live event to be streamed into schools on Monday 16th June.  The National Literacy Trust, in association with Walker Books, have created a special classroom pack to help schools prepare for the event.  Jane Winterbotham, Walker Books Publishing Director and Anthony Horowitz’s editor, says of the event; “We're thrilled that fans all across the country will have an opportunity to join Anthony Horowitz in a live webcast to mark the launch of Russian Roulette in paperback. Anthony has a brilliant rapport with his audience and this is a great way for him to speak directly to so many of them. It's an event not to be missed!”  For more information and to register www.alexrider.com/horowtizlive

An international contract killer has been given his orders. His next target is a fourteen-year-old spy...Alex Rider. The man's name is Yassen Gregorovich. He knows Alex well. The two of them share a secret from the past. As he considers his next mission, Yassen remembers the forces that turned him from an ordinary schoolboy into a hired assassin. What is it that makes someone choose to do evil? What would it take to make them kill? This thrilling adventure will be the deadliest yet... 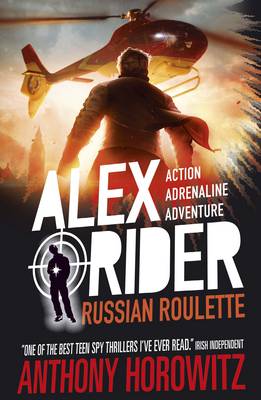 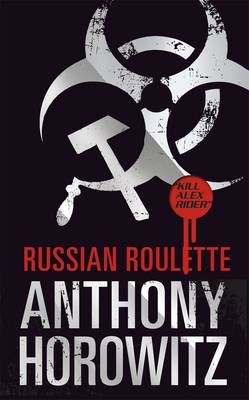