As the best-selling War Horse demonstrates, award winning Michael Morpurgo writes about both animals and war with exceptional flair. In this passionate and touching story, the interlinked fortunes of an Afghan boy and the dog who helped him to escape from his war torn country and find sanctuary in the UK is full of emotion and tension. Now in detention in the UK and facing deportation with his mother, despite having lived safely in the UK for six years, Aman tells his desperate story to his friend Matt’s grandpa. Sensing the injustice of it all, Grandpa campaigns furiously to ensure Aman and his mother a secure future. ~ Julia Eccleshare

A powerful novel from Michael Morpurgo, the nation's favourite storyteller...Never have Aman and his mother needed a friend more than when a Springer Spaniel appears - thin and war-ravaged - in the mouth of their Afghan cave. Nursed back to health by Aman, the dog becomes a constant companion, a shadow, and that's what Aman decides to call her. But life in Afghanistan becomes more dangerous by the moment. Eventually, Aman, his mother and Shadow find the courage to embark upon the treacherous journey from war-torn Afghanistan to the safely of a relative's home in Manchester, England. But how far can Shadow lead them? And in this terrifying new world, is anywhere really safe...?

A small number of children were lucky enough to be invited to review Shadow.  Click Here to read the full reviews.

As ever, Morpurgo's warmth and humanity suffuse a story of courage, love and hope. - Amanda Craig, The Times 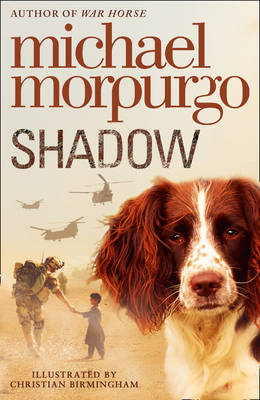 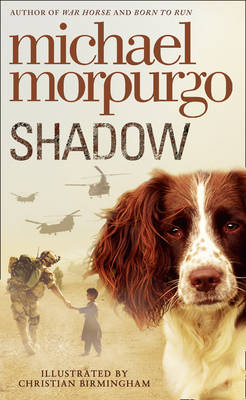