LoveReading View on How I Live Now

How I Live Now was Meg Rosoff's debut novel published by Penguin in 2004. It won the Guardian and Branford Boase Awards and was shortlisted for the Orange Prize for New Fiction as well as the Whitbread. It garnered the sort of rave acclaim most writers only ever dream of. Mark Haddon, author of The Curious Incident of the Dog in the Night Time, championed it right from the beginning, saying, 'That rare, rare thing, a first novel with a sustained, magical and utterly faultless voice. After five pages I knew that she could persuade me to believe almost anything.'

At heart a story about falling in love, How I Live Now captures the confusion of adolescence especially at a time when the world is turned upside down. When Daisy first arrives in England she falls in love with a new way of life and also, passionately, with her cousin Edmund. When war breaks out, the two teenagers are swept apart. Everyone is struggling for survival. Daisy and Edmund both come through but while Daisy copes with the altered state of things, Edmund’s suffering when his world implodes changes him. He loses a part of himself that can never be replaced. How I Live Now subtly charts a jagged journey of finding out which captures the confusion of adolescence, especially when the world is turned upside down.

How I Live Now Synopsis

Daisy is sent from New York to England to spend a summer with cousins she has never met. They are Isaac, Edmond, Osbert and Piper. And two dogs and a goat. She's never met anyone quite like them before - and, as a dreamy English summer progresses, Daisy finds herself caught in a timeless bubble. It seems like the perfect summer. But their lives are about to explode.

Falling in love is just the start of it. War breaks out - a war none of them understands, or really cares about, until it lands on their doorstep. The family is separated. The perfect summer is blown apart. Daisy's life is changed forever - and the world is too.

Meg Rosoff's best-selling, prize-winning novel will be brought to life on the big screen this October.

Directed by Academy Award winner, Kevin Macdonald (best know for directing Bafta and Oscar winning The Last King of Scotland and Touching the Void), and starring Saoirse Ronan, George MacKay, Harley Bird and Anna Chancellor, the movie will be released in the UK on 4th October 2013.

To keep up with the film news and gossip visit the How I Live Now Movie facebook page.

How I Live Now Press Reviews

Acclaim for How I Live Now:

'Rarely does a writer come up with a first novel so assured, so powerful and engaging that you can be pretty sure that you will want to read everything that this author is capable of writing...this is a powerful novel: timeless and luminous.' Observer

'How I Live Now is outstanding – as a commentary on contemporary problems, as a superb story of love and war, and as a way of introducing those on the threshold of adulthood to the perils and passions of moral responsibility.' Times

'There are some pretty good children's novels out there, but it is only occasionally that one comes along with a voice so stridently pure and direct and funny that you simply can't question it. . .If E Nesbit were alive and well and had teamed up with Philip Roth to write for children, there's a chance they might have come up with How I Live Now.' Guardian

'From the first page of How I Live Now the reader is in thrall to a remarkable narrative voice – possibly the most affective since Cassandra in I Capture the Castle... Readers won't just read this book, they will let it possess them.' Sunday Telegraph

'Meg Rosoff has a wonderfully original voice and she understands perfectly the tension that can be created between what is written and what is left unsaid.' Mail on Sunday

'An incredible first novel, not so much a book that you read, as one you become part of and you'll never forget. I loved it.' Bookseller

'Rossoff achieves a remarkable feat. Without wavering from the lightness and irony of Daisy's narrative tone, she recounts a story of intense, underage first love, and of a war that turns England's country lanes into killing fields' Sunday Times

'It really stuck with me. I dreamt about it afterwards' Sunday Express

'As compelling as any childhood tale could be... great suspense writing' Telegraph

'One of the great new novels for today's teenagers. Funny, tragic and completely compelling' Independent on Sunday

Meg Rosoff's How I Live Now had my 13-year-old daughter and me equally moved... It already feels like a classic, in the sense that you can't imagine a world without it' New Statesman

'an intriguing tale with great characters'...'Her punchy, conversational style reminded me of Catcher In The Rye' Eve

'Reminiscent of I Capture The Castle, it's imaginative, self-conscious and a must-read' Glamour

'The most talked-about book of the year... this is a book for young adults and adult youngsters alike' Tatler

'I read this in one day. It's so moving I cried and cried' Margarita, 14 Bella

Adults will love this story... Perfect for... your favourite niece – and her mother' Red

A 'powerful and haunting voice' Sun 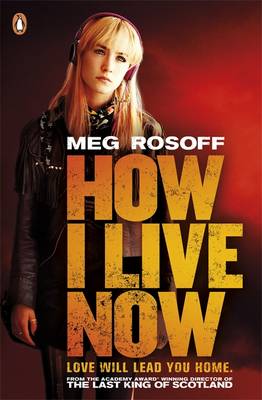 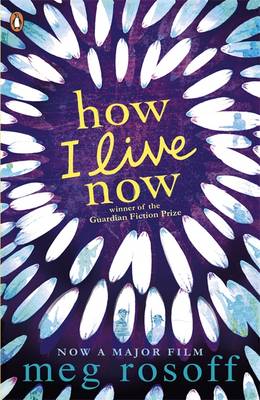 Meg Rosoff worked in publishing, journalism, politics and advertising before writing How I Live Now. Her books have won or been shortlisted for 18 international book prizes, including the Carnegie Medal and the Orange First Novel Prize, and been translated into over 20 languages. In 2016, Meg was the recipient of the prestigious Astrid Lindgren Memorial Award, the world’s largest children’s literature award. She lives in London with her family and two dogs. Click here to read a Q&A with the author's Good Dog McTavish. Click here to read more about Meg Rosoff. 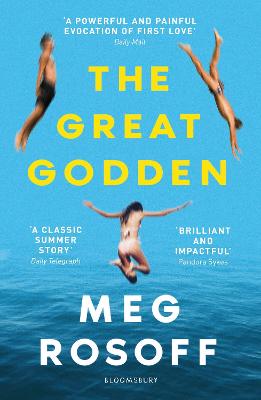 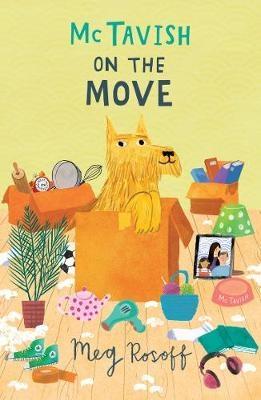 View All Books By Meg Rosoff