The Kingdom of Carbonel

The Kingdom of Carbonel Synopsis

Rosemary and John are proud to be entrusted with Carbonel's royal kittens while he is away from his kingdom, but it is a task that leads them into all sorts of unexpected and exciting magical adventures. A classic, timeless sequel to Carbonel.

Barbara Sleigh was born in 1906 in Warwickshire. She took an art teacher's training course, and later began to write stories for children for radio. She was a lecturer at Goldsmiths' Teacher Training College, then in 1933 joined the staff of BBC Children's Hour. There she met and married David Davis, who later became Head of Children's Hour. Her first children's book, Carbonel, which was to become the first of a trilogy, was published in 1955 and has remained a firm favourite with younger readers. 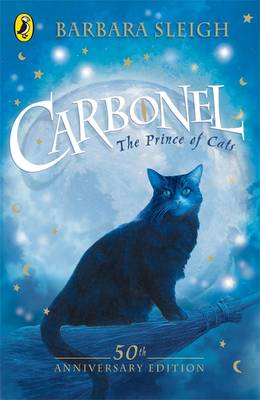 View All Books By Barbara Sleigh