Part of the Heinemann Plays For 14-16+ Series

This series of plays for the 11-16 age range offers contemporary drama and new editions of classic plays. The series has been developed to support classroom teaching and to meet the requirements of the National Curriculum Key Stages 3 and 4. The plays are suitable for classroom reading and performance; many have large casts and an equal mix of parts for boys and girls. Each play includes strategies and activities to introduce and use the plays in the classroom. The Glass Menagerie tells the story of Tom, who is frustrated in his job and distressed at home by the mental withdrawal of his crippled sister. Both of them are intrigued by a set of glass figures. There are four parts, two male and two female. 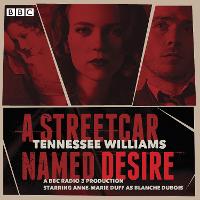 View All Books By Tennessee Williams