Part of the Felt Flaps Series

Winner of the Sainsbury's Children's Book of the Year Award 2017! The original, award-winning Felt Flap series - perfect for babies and toddlers! Each title in this stylish series has five spreads with friendly characters to find behind colourful felt flaps. In Where's Mr Lion?, you're on the look out for Mrs Giraffe, Mr Crocodile, Mrs Elephant and Mr Lion himself! Lift the final flap and there's a surprise mirror - always a hit with the little ones. Parents adore these books because they are beautiful but tough enough to withstand even the most enthusiastic of young readers. And children love them because they are just so much fun. Other titles in the series include, Felt Flaps Where's Mrs Hen?, Felt Flaps Where's Mr Unicorn? and Felt Flaps Where's Mrs Ladybird? Felt Flaps Where's Mr Lion? won Sainsbury's Children's Book of the Year 2017 The felt flaps in this sturdy board board are perfect for little ones to turn and tug, which means you can get even the tiniest tot into books and finding the activity fun. Ingela Arrhenius' illustrations are a real bonus. They are bright and retro and sure to capture your baby's attention. A perfect book to share with very little ones.BookTrust

Ingela P Arrhenius graduated from art school in the early 90s and has been working as an illustrator ever since. At first, she worked in advertising and magazines, but her focus over the past ten years has been on products and books. Ingela has created patterns for fabrics, wallpaper and stationery, as well as packaging and home accessories. She has also collaborated with several toy producers around the world and her love of retro style, typography and colour is reflected in all her work. Ingela lives in Stockholm with her husband (an author) and two sons. 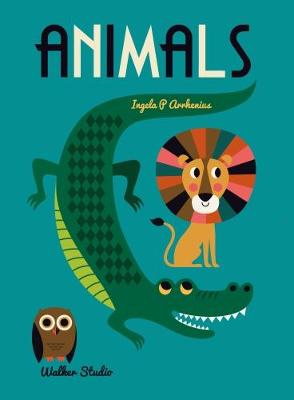 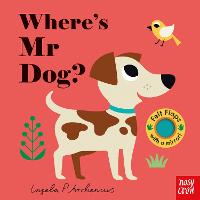 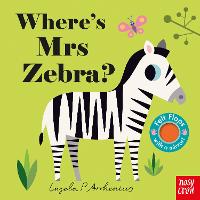 View All Books By Ingela Arrhenius