The creatures in this book are hidden in various ways. Some survive by means of symbiotic relationships with other creatures, like the clownfish living among an anemone's poisonous tentacles. Some are closely related to seemingly unconnected animals, like the elephant and the manatee. Some use hidden abilities to do amazing things. Some change color. Some change sex. Some disguise themselves. Some secrete themselves but remain nearby. The stunning illustrations in this large-format book reveal nature's magnificence, which often hides in plain sight.

Kirkus Starred Review -- A detail-obsessed illustrator's love letter to Earth's wild fauna. -- Kirkus Reviews Exploring hidden aspects of the animal kingdom, this oversized picture book brims with photo-realistic illustrations and descriptions of some of Earth's most interesting creatures and their unique abilities. Most useful for fostering a budding interest in animals with older children, the book examines hidden elements of nature in both a literal sense-such as the camouflage of the chameleon-and the figurative, like the process of convergent evolution. Younger children will enjoy the illustrations, which bring them face-to-face with everything from toads to lions. -- Danielle Ballantyne - Forward Reviews

In Norwich, England, and Cape Town, South Africa, Ben Rothery grew from a wildlife-obsessed boy to a detail-obsessed illustrator. Inspired by his love of nature, he works from a small studio in London and illustrates for London's Natural History Museum. 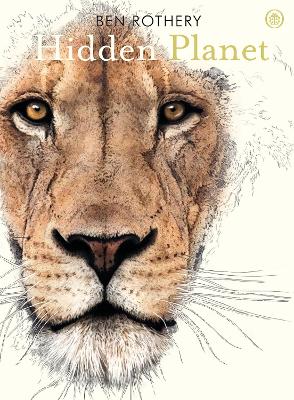 View All Books By Ben Rothery