A young adult edition of the internationally bestselling thriller I'm Not Scared, a launch title of the innovative new Walker/Canongate Young Adult list. One relentlessly hot summer, six children explore the scorched wheat-fields that enclose their tiny Italian village. When the gang find a dilapidated farmhouse, nine-year-old Michele makes a discovery so momentous he dare not tell a soul. It is a secret that will force him to question everything and everyone around him. An unputdownable thriller, I'm Not Scared is also a devastatingly authentic portrayal of childhood and the tension that arises when it must join the adult world.

Niccolo Ammaniti was born in Rome in 1966. He has written three novels and a collection of short stories. His first novel, Steal You Away, was longlisted for the Independent Foreign Fiction Prize and he won the prestigious Italian Viareggio-Repaci Prize for Fiction with his bestselling novel I'm Not Scared which has been translated into forty languages and became a prize-winning film. His third novel, The Crossroads, received the Premio Strega, Italy's equivalent of the Man Booker. 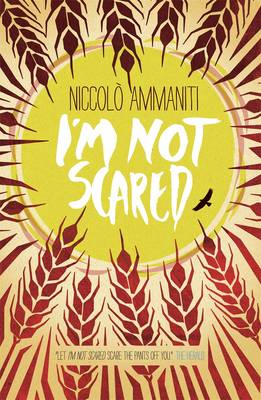 View All Books By Niccolo Ammaniti