Part of the Terrible Two Series

Part of the Terrible Two Series

Miles Murphy is not happy to be moving to Yawnee Valley, a sleepy town that's famous for one thing and one thing only: cows. In his old school, everyone knew him as the town's best prankster, but Miles quickly discovers that Yawnee Valley already has a prankster, and a great one. If Miles is going to take the title from this mystery kid, he is going to have to raise his game.It's prankster against prankster in an epic war of trickery, until the two finally decide to join forces and pull off the biggest prank ever seen: a prank so huge that it would make the members of the International Order of Disorder proud. In The Terrible Two, bestselling authors and friends Mac Barnett and Jory John have created a series that has its roots in classic middle-grade literature yet feels fresh and new at the same time. Advance Praise for The Terrible Two: A double helping of fun and mischief! -Jeff Kinney, author of the Diary of a Wimpy Kid Series The pranks, the brotherhood, the art, the heart! What's not to love about The Terrible Two? -Sara Pennypacker, author of the Clementine series You don't have to be a cow, like cows, or even know a cow to love The Terrible Two. -Dave Eggers This book is terrible! Terribly funny, terribly full of pranks, and terribly wonderful. -Jon Scieszka, author of The Stinky Cheese Man and the Frank Einstein series The Terrible Two are my kind of kids. And what's more, they're kids' kind of kids. -Annie Barrows, author of the Ivy & Bean series Hilarious. -Dav Pilkey, author of the Captain Underpants series

This is another great book for fans of Wimpy Kid, Big Nate and the World According to Norm. Readers will love Miles and the nerdy class helper Niles as they spar and snipe - and eventually work together. Jane Howarth, Birmingham Mail Funny books that transcend silliness and are written with skill are rare. But The Terrible Two by the award-winning American authors Jory John and Mac Barnett, is rich in deadpan jokes and sprightly turns of phrase. Miles hopes to maintain his reputation as a prankster in his new school but arrives to find himself already out-pranked. A war of practical jokes ensues, until he and his adversary collaborate. Smartly observant of school life, and illustrated by Kevin Cornell in a retro comic-book style, it is ideal for reading aloud.' Nicolette Jones, The Sunday Times (Culture) 05.04.15 a tale that's loaded with cunning high jinks, neat pieces of outwitting, some great gags and more than you ever wanted to know about cows.'FT Life & Arts - 07.03.15 Stylish, full of skilfully imagined pranks and frequently laugh-out-loud funny, this has all the makings of the start of a series with staying power. Teach Primary, March 2015 Tempt those teens still addicted to Wimpy Kid with something slightly more challenging; it's written in the first person, which allows a more sophisticated level of humour and the two likeable protagonists are refreshingly three-dimensional. Teach Secondary, April 2015

Mac Barnett is a New York Times bestselling author of books for children, including Extra Yarn, which won a 2013 Caldecott Honor, and Battle Bunny. Jory John is a writer, editor, and journalist. He is coauthor of the bestselling All My Friends Are Dead. Kevin Cornell is the illustrator of many children's books, including Count the Monkeys and Mustache!, both by Mac Barnett. 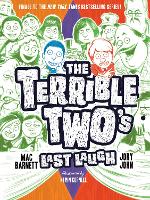 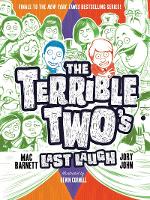