Town Is by the Sea

Town Is by the Sea Synopsis

A young boy wakes up to the sound of the sea, visits his grandfather's grave after lunch and comes home to a simple family dinner, but all the while his mind strays to his father digging for coal deep down under the sea. Stunning illustrations by Sydney Smith, the award-winning illustrator of Sidewalk Flowers, show the striking contrast between a sparkling seaside day and the darkness underground where the miners dig. With curriculum connections to communities and the history of mining, this beautifully understated and haunting story brings a piece of history to life. The ever-present ocean and inevitable pattern of life in a maritime mining town will enthrall children and move adult readers.

Town Is by the Sea Press Reviews

About Town Is by the Sea New York Times/New York Public Library Best Illustrated Children's Books Award New York Times Notable Children's Books 2017 Boston Globe-Horn Book Honor Book School Library Journal Best Books 2017 Kirkus Best Picture Books 2017 Horn Book Fanfare 2017 CILIP Kate Greenaway Medal short-list ALSC Notable Children's Books Bank Street College of Education Best Children's Books of the Year Cooperative Children's Book Center Best of the Year This quietly devastating book ... stirs timeless, elemental emotions. -- The New York Times Hauntingly beautiful. -- Booklist, starred review A quiet book that will stay with readers long after they have closed it. -- Kirkus, starred review Art and text meld for a powerful glimpse at a way of life that begs inspection. -- School Library Journal, starred review This is a moving story, and a fine example of text and pictures in perfect harmony. -- Horn Book, starred review Smith's expressive, evocative spreads contrast the light-soaked landscape above with the night-black mine below ... a sensitive way of helping readers understand that, for some, the idea of choosing a career is a luxury. -- Publishers Weekly This is one of the most beautiful picture books you'll see this year. It's picture book-making at its very best. -- BookPage Exquisitely rendered, it's a subtle day in the life title ... This is, in short, a magnificent book. -- Elizabeth Bird, A Fuse 8 Production A powerful and profound work of art that tweaks our perspective and transcends its subject. -- Shelf Awareness About Pinny in Summer Whether used as a read-aloud or a bridge between early readers and chapter books, a serene treat. -- Kirkus Reviews About Sidewalk Flowers An emotionally moving, visually delightful ode to the simple powers of observation and empathy. . . . A book to savor slowly and then revisit again and again. -- School Library Journal, STARRED REVIEW About The White Cat and the Monk The watercolor-and-ink artwork has both heft and humor, especially in the joyful depictions of the manuscripts...Readers who consider the story's underlying messages about necessities, companionship, and fulfillment will come away enriched. -- Booklist, STARRED REVIEW

Joanne Schwartz was born in Cape Breton, Nova Scotia. Her first picture book, Our Corner Grocery Store, illustrated by Laura Beingessner, was nominated for the Marilyn Baillie Picture Book Award. Her other books include City Alphabet and City Numbers, with photos by Matt Beam, and two Inuit folktales with Cape Dorset elder Qaunaq Mikkigak -- The Legend of the Fog, illustrated by Danny Christopher, and Grandmother Ptarmigan, illustrated by Qin Leng. Her most recent book is Pinny in Summer, illustrated by Isabelle Malenfant. Joanne has been a children's librarian for more than twenty-five years. She lives in Toronto. Sydney Smith ... 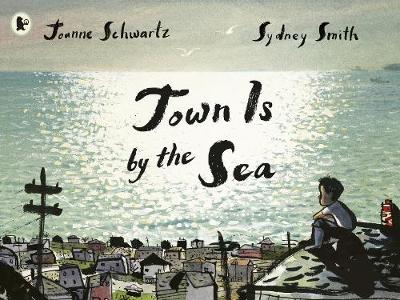 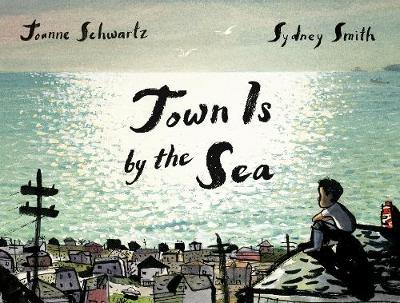 View All Books By Joanne Schwartz